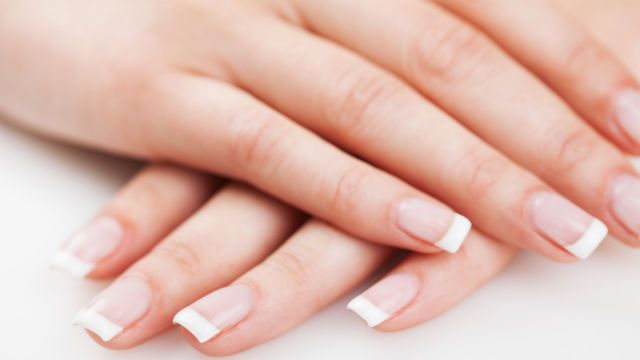 Fingernails may look beautiful when painted with decorative polish, but they serve a higher purpose in life. The condition of your nails can tell you a lot of important things about your overall health.

The following isn’t meant to diagnose any illness, but it can serve as a guide for signs to watch for. If you find that you have these signs, especially some of the more serious indicators, be sure to see a doctor as soon as possible.

Pitting in the nail plate is most commonly found in people who suffer from psoriasis, which is a condition that causes scaly patches to form on the skin. Nail pitting is also believed to be associated with some connective tissue disorders. These conditions include disorders like alopecia areata, which is an autoimmune disease that leads to hair loss.

When nails have a drastically pale-colored appearance, it can be a warning sign of very serious illnesses including congestive heart failure, liver disease, and anemia.

Indentations that run horizontally across nails are referred to as Beau’s lines. This can occur after an injury is sustained to the cuticle, or following a severe illness. They can also be related to diabetes that is poorly controlled, or illnesses with high fevers. It is also thought that they may indicate a zinc deficiency.

Clubbing is the term for the condition where fingers have enlarged, and the nails curve over and around the fingertips. This is usually a progressive condition that takes place over a number of years. It can be a result of low levels of oxygen in the blood. It is also linked to a number of disorders such as AIDS, liver disease, inflammatory bowel disease, and cardiovascular disease.

Serious liver problems, like hepatitis, can lead to nails that are severely white with darkened rims. This can often be found along with signs of jaundice, which also indicates liver problems.

Sometimes the fingernails slow down on new growth and thicken up. This brings on a yellowish discoloration known as yellow nail syndrome. These nails sometimes do not have a cuticle and may become detached from the nail bed in some areas. This is usually associated with respiratory disease, but it can also be linked with lymphedema or swelling of the hands.

Yellowing of nails can also be an indicator of a fungal infection. In this instance, the nail bed may retract a bit, and the nails might crumble if left untreated.

A condition known as koilonychia, or spoon nails, describes when nails have become softened and curl up on edges, forming a depression in the middle of the nail plate. This is a sign of iron deficiency anemia or hemochromatosis, where too much of the iron from food is absorbed by the body. It may also be linked to conditions such as hypothyroidism and heart disease.

When the body is not getting an adequate amount of oxygen, it can lead to a bluish tint in the nails. Often, this results from emphysema and other lung conditions, but it can also indicate possible heart trouble.

If you are suffering from an inflammation of the nail fold, this is indicated by red, puffy tissue around the nail and cuticle area. It may in some cases be caused by connective tissue disorders like lupus.

Remember, don’t ignore the warning signs that your nails are trying to show you. If you look carefully, you’ll likely learn a lot more about your state of health.