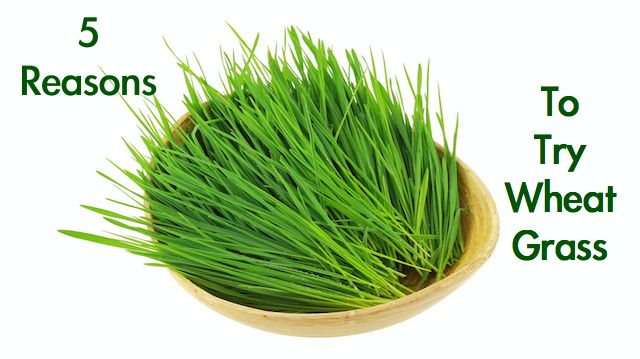 Wheatgrass is the grass in wheat crops that is cut prior to the sprouting of the wheat grain. In this article, I will reveal this superfood’s many health benefits and demonstrate tasty ways in which you can incorporate wheatgrass into your diet.

Chlorophyll
Chlorophyll is the green substance found in plants that allows them to absorb sunlight. Although chlorophyll can be extracted from many plants, wheatgrass is composed of as much as 70-percent chlorophyll. In humans, it contributes to our health and well-being in numerous ways. Famous researcher Dr. Max Oskar Bircher called chlorophyll “concentrated sun power,” as it boosts heart function, improves the entire vascular system as well as the intestines, uterus and lungs.

Chlorophyll is also renown for its ability to purify the liver, improve blood sugar and cleanse the body of drug deposits and toxins. Chlorophyll is also a powerful decongestant, antiseptic and antibacterial agent. Wheatgrass is high in oxygen as a result of its increased levels of chlorophyll. As a result, it benefits the functioning of body tissues as well as the brain by providing an optimal level of oxygenation.

It is also an effective appetite suppressant as it naturally turns off the appestat in the brain. It contains all minerals that are currently known to man and contains 17 amino acids, making it a complete protein. It also contains trace elements and enzymes that are beneficial to your health.

The starch found in the wheat berry can be converted to simple sugars shortly after being consumed, which makes it an ideal juice for athletes. Wheat berry can provide an energy boost in 20 minutes or less.

Gluten-free
Gluten is a protein found in the grains of wheat, rye and barley. Celiac disease is a gluten allergy that affects over 3 million people in the United States. According to the Celiac Disease Foundation, those numbers could be much higher as most cases remain undiagnosed.

Also, some people may exhibit symptoms of celiac disease while testing negative for gluten allergies. This is known as gluten sensitivity or gluten intolerance and the symptoms mirror that of celiac disease. While gluten is found in wheat, it is not present in wheatgrass. Wheatgrass is the grass of the wheat plant that is cut before the grain has formed. In other words, the grain contains the gluten, not the grass.

Although wheatgrass is considered safe for individuals who are allergic or sensitive to gluten, the University of Chicago’s Celiac Disease Center warns to still be cautious when choosing your source of wheatgrass as some processing facilities may also handle gluten-rich foods, which increases the risk of cross-contamination.

Beauty enhancer
Wheatgrass juice can be used as a potent skin cleanser that allows the skin to absorb its nutrients. To use it as a cleanser, just pour the juice over your entire body in a tub of warm water and allow it to soak in for 15 to 20 minutes. Rinse in cold water.

Drinking wheatgrass juice can help with skin conditions such as acne, eczema and psoriasis. Wheatgrass can also be topically used on your scalp to prevent further production of gray hair or to remove dandruff by simply applying it to your scalp, covering your hair with a shower cap, and allowing it to soak in for 15 minutes before rinsing.

Medicinal benefits
Wheatgrass is great for treating many problems, including high blood pressure, blood disorders, arthritis, and removing heavy metals within the body. Wheatgrass can also treat a number of oral complications. For instance, its juice can be used to prevent tooth decay and soothe a sore throat.

By applying a mixture of its pulp and juice to areas of inflammation in the mouth, wheatgrass can even treat pyorrhea, which is the inflammation of the gums and tooth sockets that can cause teeth to be loosened and pus to be discharged. Due to its high magnesium content, farmers in the Midwest often use wheatgrass to restore fertility in sterile cows and bulls.

This is because magnesium helps build enzymes that restore sex hormones. The magnesium in wheatgrass can also help treat constipation and improve digestion. Wheatgrass juice also cleanses the internal organs and colon walls if used in an enema. Women can use wheatgrass as a douche to treat feminine problems.

Wheatgrass juice can help alleviate minor eye irritations when mixed with water and applied to the eye in an eyecup for 15 to 30 seconds. Wheatgrass juice can also dissolve scars on lungs that are caused from inhaling acid gasses, including carbon monoxide. Wheatgrass is also good for the liver and balancing blood sugar.

Ways to use wheatgrass

Juice
Wheatgrass is most commonly consumed as a juice. If you have a juicer, you can pop it right in the juicer. If you don’t, you can easily substitute with a blender and strain the pulp. To add flavor and nutrition to your wheatgrass juice, add citrus or sweet fruits. Wheatgrass juice is good with apple juice, orange juice and even lemon juice.

If you just want the nutrition without any fuss, you can even take wheatgrass juice directly as a green detox shot. The flavor can be a little strong, so it is often enjoyed with fruit juices. You can purchase the juice and extracts from health food stores or on the internet, or buy fresh, whole wheatgrass for juicing — or buy the seeds to grow it yourself. 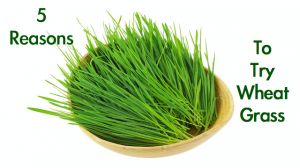 As mentioned above, wheatgrass can sometimes be difficult to digest in its whole form, but that doesn’t mean you can’t enjoy it in salads. Add the juice to pre-made salad dressings, or make your own. You can mix it with citrus for a simple, refreshing dressing or add some vinegar, olive oil, herbs and spices for more complex flavors that will enhance the nutritional value and flavor of your salad. You can even blend a variety of fruits with your wheatgrass juice for a tropical salad dressing. You can also add the powder to your dressings, but wheatgrass juice is easier to mix with other liquids. If you find that you have no problem digesting whole wheatgrass, you can add the grass blades directly to your plate as a complementary green.

Topical
Wheatgrass juice can be swirled in your mouth or applied to your skin or scalp for a number of medicinal purposes. Its anti-inflammatory and chlorophyll-rich nature allows it to kill bacteria and reduce swelling. Dab it directly on the needed area or dilute it and squirt it onto your skin with a spray bottle. You can also use it in the shower all over your face and body as a cleanser, or on your scalp as a dandruff shampoo or hair growth stimulant. Regardless of how you apply it, always allow it to soak into the skin. After 15 or 20 minutes, rinse it off with water.

Although wheatgrass is gluten-free, always ensure that your supplier does not process the grains of wheat or other gluten-rich products in the same facility. Those who are allergic to wheat should not consume wheatgrass. If you experience hives or swelling in your throat after consuming wheatgrass, stop taking wheatgrass and see a doctor. Wheatgrass can also sometimes form mold toward the bottom of the shoot. If you spot any mold, do not eat any part of that blade of wheatgrass. You may experience a mild case of nausea if you consume it on an empty stomach. Wheatgrass can also cause constipation and appetite loss in some individuals.

Wheatgrass may not be appetizing to everyone’s palate, but it is generally safe for consumption. If you are unsure of how wheatgrass will affect you, use a small amount before deciding whether to incorporate it into your diet.

If you have tried it, let us know how you liked it in the comments box below. What is your favorite way to enjoy wheatgrass? What benefits have you experienced since you started using wheatgrass?