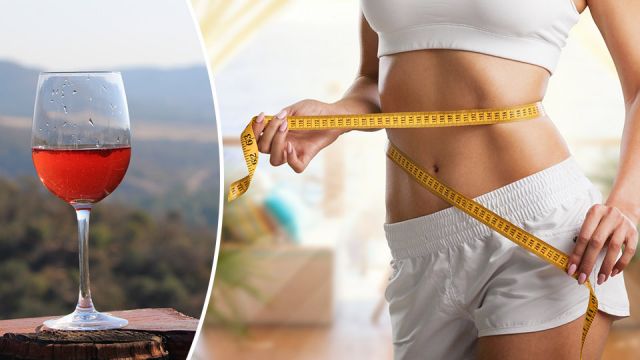 It seems no matter where we look these days, someone is sipping rosé (pronounced ro-zay). The once-neglected “pink wine” first became a darling on the Hamptons summer scene, amongst polo fields and socialites who proclaimed it the perfect daytime refresher, and has risen the ranks where it now boasts its own festival (La Nuit Rosé) and colloquial phrases in pop culture (“yes way, rosé” or “rosé, all day,” among others). How did this French varietal, originally considered déclassé, to be found on a wine list or (worse) in one’s refrigerator, climb its way to the top of the boozy charts?

The first misconception with rosé began in the 1980s and the rise of white zinfandel. While both of them have a similar pink hue, they could not be more different. The overly sweet, inexpensive latter was often associated with unsophisticated palates and found packaged in oversized bottles or, even better, paper boxes. While most people fail to admit that they first attuned their palate to drinking wine with white zinfandel, many now prefer the more acidic, drier varieties.

It wasn’t until a few years ago that rosé re-emerged, marketed as a “lifestyle” beverage of choice for elite New Yorkers and, later, New Englanders, who had first tried it on holiday overseas and wanted to enjoy a bit of French luxury at home. From there, it hit the shelves and received popular celebrity endorsements, first with Brad Pitt and his now ex-wife Angelina Jolie bottling Miraval (alongside five-generation winemakers, the Perrin Family) and Coppola Winery’s pink-hued Sofia.

Once other winemakers began following suit, and attempting to outdo one another with unique takes on their packaging and design, all it took was some Instagram promotion to make it one of the most sought-after weekend accessories. Seriously, take a few minutes to peruse the hashtag #roséallday and you’ll find that it is more than just a drink; it’s become something of a millennial movement.

Since it doesn’t appear to be going anywhere anytime soon, and perhaps you’re one of the reasons why, it’s important to understand what rosé wine actually is, if it’s good for you and a few other fast facts about this pretty pink drink.

Rosé is not red and white wine mixed together

Do not assume you can mix traditional white and red wine varietals together to make rosé wine. In fact, all you will succeed in doing is giving yourself the mother of all hangovers. Rosé is actually made with dark red grapes, similar to those used for merlot, cabernet sauvignon and pinot noir, with the occasional white grape thrown into the mix.

The reason it achieves its lighter hue is that the grape skins are peeled shortly after being mixed together, before the fermentation process takes place. This is also why rosé has a brighter, crisper flavor than traditional reds. Depending on the preference of the winemaker, they determine how long in the process to keep the grape skins on, which is why rosé colors can range from light peach to rich salmon.

While France may reign supreme for rosé, it is not the only place in the world that manufactures it. After France, the most popular countries are Spain, Italy and the United States, with South America and Australia also boasting their own blends. However, if you are new to the rosé trend, the French region of Provence is a good place to start for their lighter, drier tastes.

A little rosé can go a long way

By now you’ve probably heard that low-to-moderate alcohol consumption can actually have some seriously positive health benefits. Alcohol, like the kind found in wine, has been proven to raise levels of HDL (“good”) cholesterol, which can contribute to reducing your chances of heart attack, stroke and heart disease. Rosé also contains high levels of polyphenols which can help to lower your levels of LDL (“bad”) cholesterol and anti-inflammatories, making moderate consumption good for those suffering from arthritis-related conditions.

Interestingly, the greatest benefits derived from rosé (and all wine, really) come from the levels of the antioxidant resveratrol, which helps with anti-aging and lowering your risk of brain and heart disease. This antioxidant is found in the skins of the grapes and, depending on how long they are left on the grape during the fermentation process, the higher the rewards. Rosé wine falls directly in the middle of red and white with its contents of resveratrol, as the skins are removed early on in the process, whereas whites are removed almost immediately and reds remain on much longer.

However, it’s important to keep in mind that while a few glasses a week can help contribute to these benefits, over-consumption can have the adverse effect. The good news is that rosé wine tends to be lower in alcohol content than red and white varietals, making it the perfect option for indulging without overdoing.

Rosé can be good for your waistline

Overall, wine is an excellent choice for those who wish to imbibe without ruining their diets. The main reason for this is that it does not need to be mixed with anything to be enjoyed. Most of the calories found in cocktails are from the mixers or juices, which end up being stored as fat after your liver has processed and burned off the ethanol (alcohol). The best part is that when comparing a five-ounce glass of rosé, red and white wines, rosé contains around 83 calories (compared to 120 and 125 calories, respectively).

Rosé’s mildly sweet flavor also allows it to pair well with most foods, making it the perfect accompaniment to everything from BBQ to a fruit salad. It is arguably best enjoyed alongside a Mediterranean diet, touted as one of the healthiest eating regimens for those looking to lose weight (and maintain weight loss) while staving off heart disease. Mediterranean diets incorporate high levels of monounsaturated fats (found in olive oil, avocados and nuts) alongside whole grains, lots of produce and lean protein. It is believed that this way of eating can also aid in the prevention of diabetes, certain cancers, Parkinson’s and Alzheimer’s disease.

The next time you’re looking to unwind with a glass of wine, be it after a long day’s work or an equally long summer day, consider rosé. The classic pink drink has come a long way since your grandmother’s boxed stuff — and may even be good for you. Cheers to that.