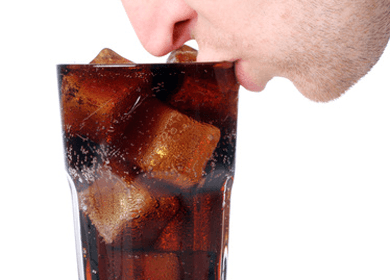 The deadly dangers of sugar-loaded soft drinks, sports drinks and fruit juices are non-debatable. According to research conducted at the Harvard School of Public Health, over 180,000  worldwide yearly deaths can be traced back to sugar-sweetened drinks. Regular consumption of sugary drinks leads to obesity which in turn increases the risk of diabetes, heart disease and cancer.

Researchers noted that in a 2010 study, researchers were able to link consumption of sugar-sweetened beverages to 133,000 diabetes deaths, 44,000 cardiovascular deaths and 6,000 cancer deaths. Japan had 10 deaths per million adults linked to sugary beverages. Probably because they consume less sugary drinks per-capita than most any other country. In the United States, 25,000 deaths in 2010 were linked to drinking sweetened beverages. Is that soda truly worth it?

Sugar addiction is as real as the day is long. Countless studies indicate that sugar addiction is keeping millions of Americans overweight, unhealthy and at a high risk of death. Feeling imprisoned by cravings for soda, cookies, candy, ice cream or any other sugary treat could be a good indication that you are enslaved to sugar. Once a high-sugar food or drink is consumed the blood sugar spikes and when it drops it creates the craving all again. It is vicious and devilishly addictive cycle.

According to a Dr. Robert Lustig, a California endocrinologist, it is time for America to face their sugar addiction, it is time for sugar rehab. So many of the foods that Americans dine on are loaded with sugar, everything from breads, peanut butter, sauces, yogurt and more. The average American consumes almost 200 pounds of sugar a year. Sugar is truly toxic to the body and has utterly no nutritional value.

Since the early 1980’s we have been told that fat was bad, so fat manufacturers took fat out of food and put in more sugar. Food without fat tastes horrible so to make up the difference the food manufacturers began to replace it with sugar and called it  “no-fat healthy food”. The irony in this is that sugar may have actually been more detrimental to our health than the fat it replaced.

One of the best places to start to reduce your sugar consumption is to cut out all sugary drinks. This includes soda, sports drinks and sugar sweetened juices and tea. An astronomical number of calories are drank in this country and cutting out these is a positive first step to a healthier lifestyle. Try switching to pure, filtered water and herbal teas instead of sugar-laden drinks. Your body will thank you.