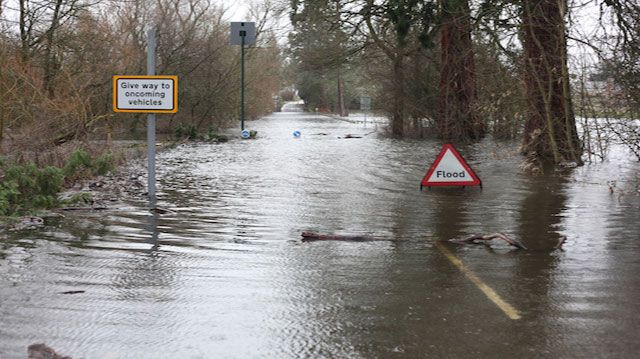 A new study released by Christian Aid finds that 1 billion people will be living in cities at risk for catastrophic flooding by 2070, roughly one in seven people alive today. The study posits that sea-level rise, storm surges and extreme weather are the main culprits.

Asia is particularly at risk, with the seven cities most susceptible to flooding hailing from the continent. Kolkata and Mumbai have populations of 14 million and 11.4 million respectively. The two Indian cities are listed first and second in a listing of those most likely to experience major floods.

Though Asian populations face the greatest exposure, Miami is estimated to be most impacted financially. The city stands to lose $3.5 trillion in assets. The city of Guangzhou in China, with $3.4 trillion in exposed assets, isn’t far behind.

The report mentions that these three countries — India, the United States and China — also are responsible for a considerable percentage of carbon emissions worldwide.

Dr. Alison Doig, the report’s author, urges wealthier countries to take measures to prevent this future: “There is a chance this horrifying vision of the future can be avoided. It is striking that the cities facing the most severe impacts are in countries with high contributions of carbon emissions. The first thing we can do is speed up the global transition away from dirty fossil fuels to the clean, renewable energy of the future.”

Based on the report, there may also be financial reasons to act now: “Every $1 spent on reducing the risks from disasters now will save around $7 of damages later.”

Predictions are dire for many cities, but some tiny islands already see the negative impacts of sea level rise. Five uninhabited islands in the Solomon Archipelago have completely disappeared beneath the waves. The 25 families living on the island of Nuatambu, also in the Solomons, have seen half their habitable land vanish.

Lost land isn’t limited to the Solomon Archipelago. The Isle de Jean Charles in Louisiana has been mostly devoured by the sea. The population has dwindled from a peak of 400 residents to just 85. Those remaining are being resettled. “If it passes a hurricane, it’s gonna wash everything away,” reported one resident. “That’s why they want us to move.”

Though rising sea levels are not the only cause of each island’s demise, it certainly plays a role. Only small populations on tiny island nations have been impacted thus far. Nevertheless, the devastating consequences of sea-level rise and increased extreme weather patterns will soon strike much larger cities and much broader segments of the population.

Christian Aid urges nations to take collaborative action, stressing how non-profit organizations can help. They recommend that responders put “vulnerable people at the heart of the solution.” Their key messages involve supporting local empowerment and maintaining faith in community resilience. The report highlights Christian Aid’s work in Bangladesh, the Philippines and El Salvador.