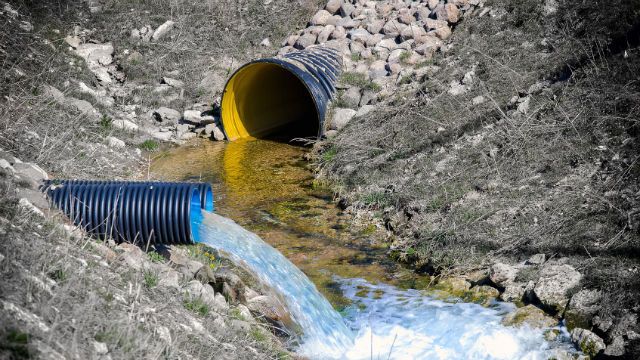 From coconut-infused ale to pizza-flavored brews, craft and specialty beers have become more popular and zanier than ever, but some may find a new brew idea out of Oregon a bit too strange to try.

‘Sewage beer,’ as it’s being called, is to be made from purified sewage water. Although it doesn’t sound like it would be quite as popular as pizza or coconut-flavored beer, the idea is getting a lot of publicity, as it combines two great concepts: beer and recycling.

Oregon’s Clean Water Services, one of the state’s water resource management companies, is developing and conceptualizing the initiative, which would allow a group of home brewers to develop a new flavor of beer—using sewage water. According to NPR, the company is pursuing the project in order to demonstrate the possibilities of recycled wastewater.

Currently in Oregon, recycled wastewater has not been sanctioned as safe for human consumption. Instead, it’s used for irrigation, industrial processes, and groundwater recharge. But Clean Water Services insists that the company has the technology to recycle wastewater into safe drinking water, as it uses a three-step process of ultra-filtration, reverse osmosis, and enhanced oxidation.

Although we all may like to think of ourselves as being environmentally friendly and supporting sustainable practices like recycling and conserving water, this initiative may understandably make some people question how far they’d go to support these ideals. However, spokesperson for Clean Water Services, Mark Jockers, has a point when he says:

“As long as the water tests as safe, I say ‘why not?'” After all, what water isn’t ultimately recycled wastewater in some way or other?

Fortunately, we have some time to think about it, as the company has a considerable amount of convincing to do before the project can take off. Clean Water Services’ plan is to have a group of home brewers named The Oregon Brew Crew attempt to concoct a tasty beverage from the sewage water.

If the plan does go through, the big question is: what will sewage water beer taste like? Jockers told reporters that, “the water has a very flat taste.” Whereas most mineral and bottled water contains minerals and salts which give it a specific flavor, the company’s High Purity Water doesn’t, as they’re presumably filtered out during the purification process.

Jockers has suggested that it will actually be easier to impose a specific flavor on this kind of base, and has indicated that potential brewers are excited about working with a ‘blank slate.’

Whether or not you’d consider drinking ‘sewage beer’ is up to you, but before you write off this possibility, consider this gem of a quote from Jockers:

“Clean water is precious. As drought conditions continue to threaten sources of clean water in Oregon, California, Texas and across the west, it has become apparent that we need to carefully consider how we use water. All water is reused water and natural systems recycle water continuously. We need to judge water by its quality, not its history.”

Sounds pretty reasonable to us! What do you think?