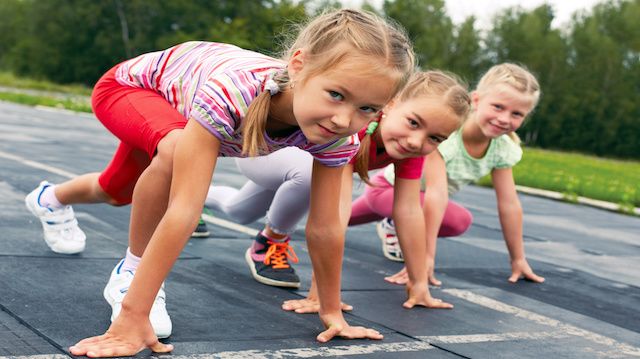 It seems that each year the most prestigious American universities tell us their acceptance rates keep dropping. Knowing that it is a competitive world out there, many parents see that fateful period of college applications during junior year as the most crucial pivot point of their child’s life.

Unsurprisingly, some families support spending the entirety of the K-12 years preparing for their child to be the best, to shine, to win. However, according to Lawrence J. Cohen, PhD, a licensed psychologist in Brookline, Mass., “our society is based on a win-lose model, where only a few children will be able to succeed.” This competitive, stressful world, he maintains, is one of the reasons why childhood anxiety is increasing. But, for blossoming youngsters, how much competition is too much?

Kids’ anxiety over being the best can partially be attributed to modern-day parenting, which has become something of a paradox. While parents worry more about safety and their children facing hardship, they often gloss over children’s nervousness and the fact that many seem to bear the weight of the world on their shoulders in a very adult way. Dr. Cynthia E. Johnson, of the North Carolina Cooperative Extension Service, offers some advice to look at competition in an age-appropriate way, so children can stress less and enjoy the benefits that competition offers, such as teamwork, goal-setting, and coping with losing.

Research demonstrates that children seven and under have no real concept of what winning or losing means in a broader context. As such, Dr. Johnson maintains that between the ages of six and eight, children do better in group activities that focus on participation and learning to play alongside peers. Activities devoid of a quantifiable win-lose outcome, such as playing on the swings together, refine social skills and move children away from trying to beat one another before they can even relate to one another.

However, when children get just a bit older, in the nine to twelve age range, competition can be slowly introduced with lessons attached. Gently remind kids that the objectives are playing fairly and doing one’s best; seeing these behaviors as the primary takeaway can help to keep kids emotionally healthy toward competition. Of course, these ages are only a guideline—you know your child’s maturity and personality best!

Within most of the modern scholarship on the issue, researchers caution parents to be mindful of their own projections. Children absorb more of their environment than we might realize, so when parents show disappointment in a little league defeat, they might be subliminally promoting the black-and-white version of achievement where there are only winners and losers and no in-between.

The in-between is precisely where we want to encourage children to be, so that over-competitiveness does not become an issue. However, when it does, it can often manifest in statements like, “I have to win this game” and serious sadness and anger after coming in any place but first. Dr. Steven Richfield, known as “The Parent Coach,” suggests that prompting children to reframe their perspective can gradually help them to approach competitive situations with more grace and tact. Since kids don’t necessarily want to listen to a monologue when their emotions are high, consider lightly telling them to take a deep breath and reminding them, briefly, about how the situation is not life-or-death. Such techniques place the parent in the role of supporter and help children develop self-control and emotional regulation.

Parents can help overly-competitive kids by introducing situations that incorporate both their kids’ strengths and weaknesses. For instance, if a child is a great runner without much experience in kicking a ball, inviting her to try soccer is the perfect situation for her to realize that there are always going to be talents that come easily to her, while other skills might need some practice.

Overall, the idea is to get kids to a place where they can recognize their achievements irrespective of whether they have “won” or “lost.” If you find that same child lamenting that she and her team lost the soccer match, remind her about, say, how she beat her own personal best and set up more plays with teammates than any game prior. With constant reframing from those that she relies on most for validation in her formative years, over-competitiveness is likely to wane. Instead, she will be able to put a positive spin on complex life situations—something that most of us could do a little bit better.