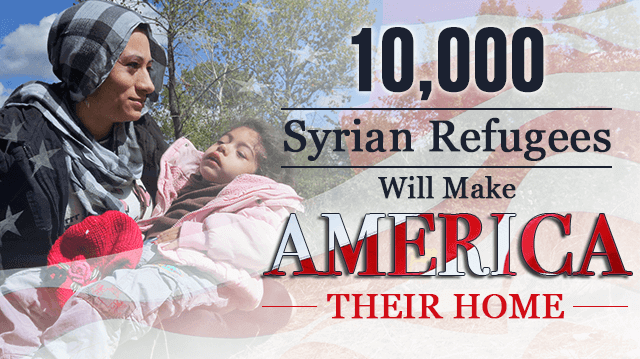 On Thursday, September 10th, President Barack Obama informed his administration staff to prepare for an influx of Syrian refugees.

The United States will accept 10,000 Syrian refugees over the next year in an attempt to deal with the current refugee crisis. But is it enough? And what about the other millions of refugees desperately struggling to survive?

Members of Congress and advocates assisting refugees on a daily basis commented on the relatively small number proposed by President Obama. They believe that the “humanitarian crisis” is not being addressed appropriately. Some say the U.S. conflict in Iraq is to blame for ISIS and the anti-government riots in 2011, which pushed out 10.6 million Syrians from their country.

According to Reuters, Democratic Representative David Cicilline has called for the acceptance of 60,000 refugees by the end of 2016. Religious groups have also called for the president to accept Syrian refugees in numbers upwards of 100,000. Many believe that the U.S. is failing to keep up with the global problem of refugees fleeing war-torn or unjust countries. Germany accepted 20,000 migrants over the weekend alone, and plans to accept approximately 800,000 migrants by the end of year.

It is easy to compare numbers. Germany has been openly accepting people for years, even before the refugee crisis began. They have long been trying to boost worker numbers and build a stronger economic system — and it works for them.

The U.S. unfortunately, does not have the convenience of opening its doors anymore. Terrorism and anti-American ideologies has put America into somewhat of a freeze when it comes to accepting refugees. White House Spokesman Josh Earnest told reporters, “I do feel confident in telling you that the president will not sign off on a process that cuts corners when it comes to the basic safety and security of the American people and the U.S. homeland.”

The U.S. is in a bind, along with several other countries, and the finger pointing over which country is better based on refugee numbers may not be the best solution, for politicians or refugees. At this very moment there are people, human beings, out there fighting for their lives. Struggling day and night to get their parents, children and themselves to safety. The global refugee crisis affects the entire world, and it can no longer be ignored.

But what can be done? It is hard to say, and the news coverage is often disheartening. Recent news has reported that half of the Syrian population has been forced from their homes. Could you imagine half of all U.S. residents displaced? Already within Syria, 6.5 million people have been displaced, and there are 4.1 million refugees abroad. According to a CNN report, 310,000 have been killed and 10.6 million remain at home. 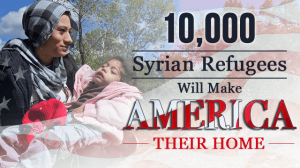 The majority of Syrian refugees have found shelter in Turkey, Lebanon and Jordan. With not much to return to, most are seeking political asylum in Europe in order to escape the nightmare forever. Interestingly enough, oil rich gulf states have not taken in many Syrian refugees, despite the similarities in language, religion and culture.

The alternative to this increasing problem is not an easy one. There must be a global effort to deal with this crisis effectively. This situation will also have an impact on the world economy, so whether you live in Turkey or Alaska, everyone will feel the effects of the refugee crisis eventually.

What do you think should or can be done?

Stephen Seifert is a writer, professor, adventurer and a health & fitness guru. His flare for travel and outdoor adventure allows him to enjoy culture and traditions different than his own. A healthy diet, routine fitness and constant mental development is the cornerstone to Stephen’s life