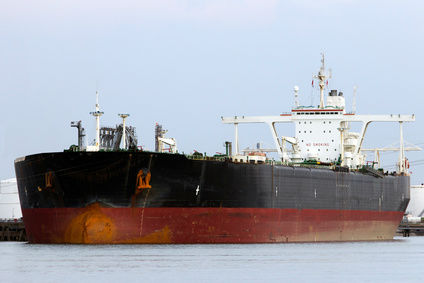 Recently, a barge and a tow boat collided on the Mississippi River between Baton Rouge and New Orleans, Louisiana, spilling approximately 31,300 gallons of light crude oil into the surrounding waters.

While the cause of the collision is yet undetermined, this is the latest in a long line of oil spills throughout our industrial history, many of which could easily have been avoided if we used the vast technological resources at our disposal towards developing greener energy sources and weaning ourselves off of our dependence on oil.

As far as this latest spill, the US Coast Guard, the state Department of Environmental Quality and other officials are still working on clean up. A long line of ships waited to be allowed to move through the water as 65 miles of the river were closed down. A part of the port of New Orleans east of the spill was opened to let ships through, but traffic backed up quickly.

Booms were deployed to collect the oil, and officials stated that drinking water is safe, although there has been at least one report of contaminated water from Gretna, Louisiana, across the river from New Orleans, according to US Coast Guard Petty Officer Matt Scofield. No further comment on these reports is currently available from officials.

Some officials are being quite casual about the incident, stating that since the sludge has not washed up on shore and the oil is being carried away by the current, that there does not seem to be much damage. Although it’s true that this could have been much worse, this is no small ordeal as far as the environment is concerned.

Jonathan Henderson, a coastal resiliency organizer with the Gulf Restoration Network, states, “we’re concerned about the downward flow of the river and the impact of the oil on the marsh… If there is a threat to vessels, there is also a threat to humans, to fish and wildlife in the river itself. Just because it gets flushed from that location doesn’t mean it disappears. It goes somewhere.”

According to a 2004 report  released by the Environmental Protection Agency (EPA), between 1980 and 2004, there were 42,860 separate incidents of oil spilling into US waters, totalling over 304 million gallons of oil.

This report was compiled six years before the 2010 Deepwater Horizon (BP) oil spill into the Gulf of Mexico, which released about 4.9 million barrels – 205,800,000 gallons – of oil into the water.

These incidents keep occuring, because we keep using oil, and accidents and oversights are bound to happen. We only have one planet – how much damage must be done before we start investing serious research funds into developing a cleaner, greener, accessible source of fuel?

es, some advancements have been made, but practical solutions are not coming fast enough, and our government is not doing enough to create a better future. Each one of us can do our part by making choices that support renewable, sustainable energy. Let’s cut our reliance on fossil fuels. It’s about time.