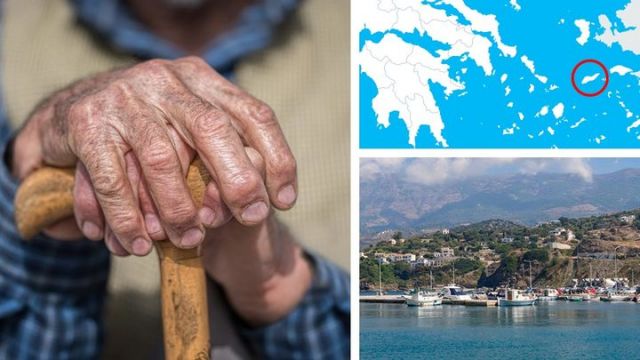 Imagine a place so pristine and pure that the inhabitants often live more than a century without experiencing disease. Envisage an island where the pace of life is so stress-free that people who go there find themselves cured of illnesses and restored to health. Sound to be good to be true? Wait until you learn the true story behind Ikaria, Greece, and the secrets this remote isle holds for longevity and wellness.

Man told by doctors he had six months to live

In 1976, in a well-documented case of spontaneous remission from cancer, Stamatis Moraitis was told by his doctors in the United States that the malignant tumor in his lungs would kill him within six to nine months.

At the time, Stamatis was already in his 60s. Rather than undergo painful chemotherapy, which was unlikely to work, he opted to return to his native land from which he had immigrated — the island of Ikaria in Greece — where funeral arrangements would be less expensive.

As you might expect, Stamatis was quite surprised when he was still alive and kicking after 12 months. He was living a quieter and happier life (working in his family’s vineyards) and he typically enjoyed two or three glasses of wine a day. Olive oil was another favorite that Stamatis enjoyed. He added it to or sprinkled it on “salads, cooking [and] everything.”

Amazingly, Stamatis began to feel stronger and stronger. In fact, 36 years after his initial diagnosis, he was still working daily (climbing ladders to cut olive branches, no less) even though he was by then in his late nineties. He wanted to return to the United States to tell the doctors who had told he had just months to live that he was still alive, but most of them had long since died.

Stamatis did finally pass away peacefully in 2013, but not of cancer. According to official documents, he was 102, though some have reported that he was just 98 when he died. In any event, Stamatis story is both remarkable but hardly unique. In fact, the residents of Ikaria are renowned for living long and healthy lives.

In a moment, I’ll share five tips to longevity that the inhabitants of Ikaria can teach you. But first, you can check out this amazing interview with Stamatis for yourself as he shares his secrets to a long life.

Here are five longevity tips from the inhabitants of Ikaria, Greece:

1. Drink a moderate amount of wine every day

Stamatis swore by the locally produced wine he drank daily. However, he limited his consumption to just 2 or 3 glasses a day. In other words, he did not drink to excess. Also, he avoided commercial wine because it contained pesticides.

Stamatis also sang the praises of olive oil. Researchers have found that is a common denominator in the so-called Mediterranean diet, which has been linked to longevity and lower rates of cancer, cardiovascular disease and diabetes.

Scientists believe that olive oil is rich in antioxidants and monounsaturated fatty acids, which help reduce oxidative stress, inflammation and bad cholesterol. In addition to being nutritious and tasty, it’s also one of the most versatile ingredients you can have in your kitchen.

Stamatis was a big believer in the power of nature-made whole foods. As he put it, “pure foods, pure wine, pure herbs” are what kept him healthy. As medical experts and nutritionists have found, the Ikarian diet is rich in herbs and plant-based foods. In contrast, scientists have linked processed foods to a variety of metabolic and immune disorders.

Stamatis insisted that “clean air, the atmosphere, good food, all of them together” are what promote wellness. His breathing and lung problems began in the United States, but he also talked about the air pollution in Athens. On Ikaria, in contrast, Stamatis was able to breathe in “pure oxygen” and he described the surrounding waters as being so clean that you could see a coin at a depth of 20 feet.

The inhabitants of Ikaria are famous for dancing, being active and celebrating life. Music and dance are part of their daily activities as are walking and hiking. Indeed, there is something about the rugged terrain that forces most people on Ikaria to exert themselves on a regular basis.

Dan Buettner, who has identified the so-called “Blue Zones” — geographic regions where people live exceptionally long and healthy lives — contends that this kind of environment, which is a bit insulated from the comforts of modern life, is conducive to a hardiness and resilience that keeps the effects of aging at bay.

Ikaria residents are happier and healthier

The resident of Ikaria don’t just live longer, they appear to lead both happier and healthier lives. Rates of cardiovascular disease and cancer are substantially lower than elsewhere. But even more remarkably, age-related diseases like dementia and Alzheimer’s are virtually unknown. By the way, you can learn more about the connection between longevity and Ikaria by checking out this cool video.