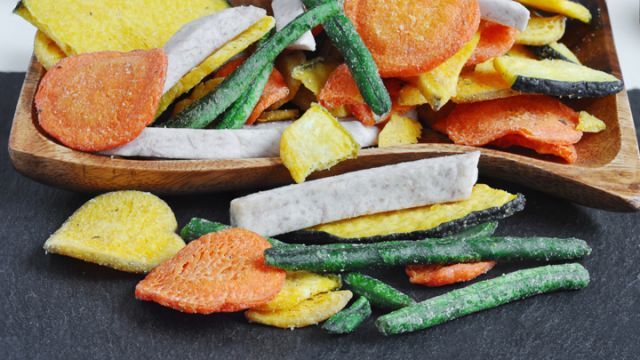 We all have our “go-to” foods and snacks that seem “diet-friendly.” But the truth is, many of these foods that are marketed as healthy are actually doing more harm to your diet and body than good. Let’s take a closer look at some of the worst offenders.

This might be your beverage of choice because it contains fewer calories and far less sugar than regular soda, but in reality it will actually stop you from losing weight and could even have detrimental effects on your health. Studies have shown that consuming artificially sweetened beverages not only increases your waist size and causes obesity, but also contributes to metabolic syndrome and cardiovascular disease. Just one soda a day significantly increases your risk for health problems.

Grabbing a smoothie on the go sure seems like a healthy alternative to a shake or frozen coffee treat. However, most fast-food smoothies are seriously bad for you. They might taste delicious, but they’re high in calories and often loaded with added sweeteners and super-sweet juice concentrates instead of actual fruit. Some smoothies even contain 100 grams of sugar per serving. You might as well have a pint of ice cream!

Stick to a homemade smoothie and make sure it’s loaded with whole fruits and vegetables. Skip smoothies filled with chocolate or fruit syrups. If you’re substituting a smoothie for a meal, keep it within 350 to 400 calories; if you’re having one as a snack, keep it within 200 calories or less.

Frozen dinners marketed as healthy are often high in sodium and sugar, as well as a host of other chemicals your body doesn’t need. While they are convenient and may help you with portion control, dieters often find themselves starving, and then binge on snacks just to feel satiated. Instead, stick with real, whole foods, prepared by you, which don’t contain loads of salt and sugar.

Skim milk is a no-brainer when you’re trying to lose weight, right? Well, maybe not. For decades, public health officials have touted the benefits of low-fat dairy products. Ditching the dairy fat and keeping the calcium seemed like the right move. Now it seems they were all wrong.

A recent study published in the European Journal of Nutrition found that people who eat full-fat dairy are no more at risk of developing cardiovascular disease and type 2 diabetes than those who choose low-fat dairy. And when it comes to weight gain, full-fat dairy is actually better for you, according to the study.

In terms of obesity, nothing supports the idea that low-fat dairy is healthier, suggests Dr. Mario Kratz, lead researcher. In fact, 18 out of 25 studies included in the research, showed that high-fat dairy actually contributes to lower body weight, less weight gain, and a lower risk for obesity.

While veggie chips may boast some health benefits, essential vitamins such as A and C are lost during the processing, so they don’t offer much in the way of nutrition. What you will get is high fat, calories and sodium.

If you’re hankering for a little crunch, try chopping up some kale and tossing it with a small amount of olive oil and sea salt instead. Pop it in the oven and bake until crispy.

Don’t fall for the no-sugar cookies and candies. When manufacturers remove sugar from baked goods, they usually add more fat. Often dieters have the mindset that since they’re eating sugar-free cookies, they can eat a whole lot more. And while you’ll certainly save calories with sugar-free candies, the sorbitol used as a substitute for sugar will leave you feeling bloated and cause diarrhea, according to a study conducted on the laxative effects of sorbitol published by Science Direct.

Sometimes what we believe to be true is so ingrained in us that it’s hard to see any other way. I find this to be especially true when it comes to diet soda. Unfortunately, there are many myths in nutrition so it’s hard to know what to believe. When in doubt, read the label. Choose fresh, whole organic foods and ditch the packaged treats.