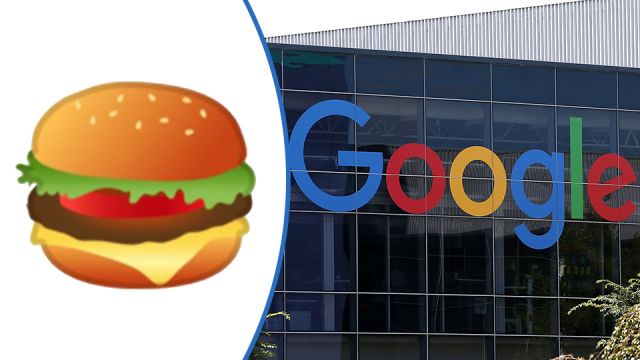 After a whirlwind of heated arguments in the year of 2017, we have presumably reached the pinnacle.

The “Hamburger Emoji Tweet Argument” was sparked when one Twitter user posted about his problem with the emoji.

I think we need to have a discussion about how Google’s burger emoji is placing the cheese underneath the burger, while Apple puts it on top pic.twitter.com/PgXmCkY3Yc

The Tweet was posted on Saturday and it has over a whopping 20,000 retweets. The popularity and discussion it created caused Google CEO Sundar Pichai to come out and respond. He even went as far as suggesting that his staff “drop everything” to make sure everyone could agree.

Will drop everything else we are doing and address on Monday:) if folks can agree on the correct way to do this! https://t.co/dXRuZnX1Ag

Thomas Baekdal’s main gripe with the small digital image stems from the cheese placement on the burger. To Baekdal, as seen in the tweet above, there is some confusion as to where the cheese should be placed between the patty.

The whole debate is interesting, especially since emojis have become such an important part of digital communication, most prominently with the millennial generation.

Twitter user Rich Woods points out that Google’s competitor, Microsoft, is the only company to get the hamburger emoji right:

The burger emoji battle is fun, but let’s take a moment to point out that Microsoft is the only one that gets it completely right pic.twitter.com/csKiLwL3OK

Companies such as Apple and Google come up with their own emoji designs and then get them approved by the non-profit organization Unicode Consortium, who sets the global standard for emojis. Due to this, emojis look different from different companies, as they get trademarked and can’t be copied by each other.

Apple, who has designed some of the most popular emoji’s in history, will be exploring new ideas such as a gender-neutral option and Chinese takeout.

One user poked fun at the situation:

Maybe you can Google the answer?

Here’s a video further explaining the situation, via TIME magazine:

One Twitter user claims that Google should fix the issue, arguing that no one else puts the cheese under the bun:

Silly news: Google head promises to fix it’s flawed cheeseburger emoji. NO one puts the cheese UNDER the burger. pic.twitter.com/DH8EC5XjdT

One user gives his view of what the quintessential burger layout should be:

Let’s face it, emojis have become such a big part of how we interact with others in the digital world. From the blowing heart emoji to the ones we love, to the tear-filled laughing face at funny things we see, they are here to stay because people love them. In other words, they unquestionably help with modern-day communication.

When you consider how many millennials are using them, should we start teaching students the meaning of them in elementary school because of their importance in today’s communication? What are your thoughts on burger topping formation? Do you use emojis? Let us know!