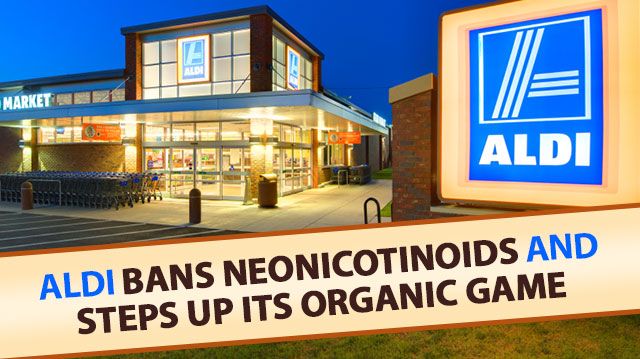 Aldi is quickly becoming an organic-food supergrocer in Europe and the United States. Based in Germany and known as Aldi Süd in Europe, Aldi currently has 1,500 stores in the US and is undertaking a three-billion-dollar expansion over the next two years.

So what’s so special about Aldi? A few things. In a recent historic move, Aldi Süd has become the first major retailer in Europe to ban eight neonicotinoid pesticides from its domestic produce. Specifically, the company has announced that the use of eight neonicotinoids, linked to severely damaging bee populations, will be phased out by its suppliers.

Regarding this decision, Christiane Huxdorff, Greenpeace Germany’s Ecological Farming Campaigner, stated, “Aldi Süd shows that the toxic dependency on pesticides can be broken and in this sense becomes a pioneer in the retail sector. Other European supermarkets are now called upon to follow this first step.”

There is currently a petition by SumOfUs.org circulating that is calling for other European grocery stores, including Lidl, to jump on the bandwagon and ban neonicotinoids, as well. We hope this catches on with retailers in the US as well, as the less harm we do to our all-important pollinators, the bees, the better.

On top of that, Aldi is expanding its line of gluten-free products and offering a greater variety of organic specialty foods, such as coconut oil, smoked fish and artisanal cheeses.

While it’s important to note that processed food is still processed food and isn’t necessarily healthy even though it’s organic, the move toward less-artificial ingredients, hormones and antibiotics is a positive one indeed and may be a trendsetter for other grocers. 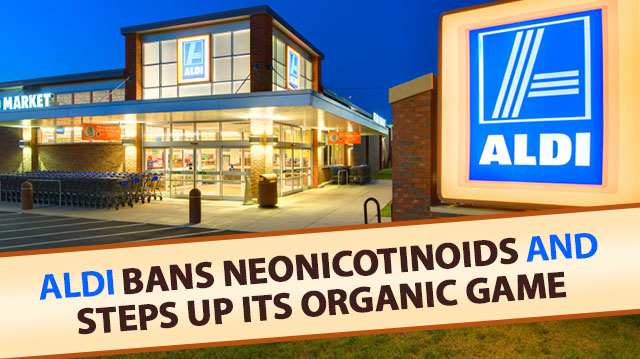 Based on Aldi’s recent reformations, there is speculation by a number of media sources that Aldi could give organic conglomerate Whole Foods a run for its money. Whole Foods is set to launch a less-expensive chain of stores this year called 365 by Whole Foods Market. This line will serve to make organic products more accessible to families on a budget.

However, Aldi’s business plan is one that excels in keeping prices low. The company accomplishes this by methods including keeping inventory limited to private-label items; displaying produce in original shipping containers, which requires fewer workers in the stores; charging customers a deposit on shopping carts, which they receive back when the cart is returned; and making shoppers responsible for bringing their own grocery bags.

All of this makes for a lessened impact on the environment and also the ability to charge shoppers prices approximately 30 percent lower than Walmart, according to Business Insider.

All in all, Aldi is making moves that will be better for bees — and better for human health. These are some important steps indeed, and we hope more retailers quickly follow suit.