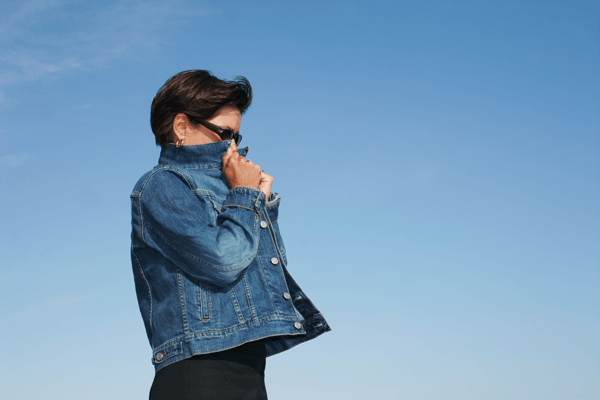 Panic attacks can be a living nightmare. In addition to the panic attack symptoms, the constant fear of and worrying about the onslaught of another attack can emotionally drain all of the energy right out of your body. This creates an enormous amount of stress on your physical and mental well-being. And we know that negative stress can lead to many ailments, diseases and illnesses.

According to the American Psychological Association, 1 in 75 people experience Panic Disorder and Panic Attacks. Which, for me, was actually good news to hear when I was researching panic attack symptoms. I had always thought that I was the only one experiencing this type of anxiety. I was afraid to go in public at times when I could feel an attack coming along. I would stay by myself, alone, and get caught up in all my thoughts, and before I knew it, I was sweating and this unbelievable amount of fear swept over me. Trying to explain the amount of fear that rushes over you when experiencing a panic attack is something that cannot be communicated to someone who has never had one. It is the most intense feeling of anxiety and obliteration that one could ever feel. This constant anxiety and stress took a major toll on my mental and physical well-being.

People have different fears that throw them into these scary episodes. For some, it’s illnesses, financial trouble, losing a loved one, or even a fear of heights. Mine was the fear of death. It was something I thought about all the time, and I literally drove myself crazy. I could not hold conversations that involved death or the passing of someone. Not that going to funerals is at the top of everyone’s enjoyment list, but I literally loathed the idea of going. I knew that it would immediately spur an outbreak. I will save my whole story on my particular anxiety and fear in later articles, but it is important to know that I was a sufferer.

After a few traumatic experiences in less than a year, I decided I needed to quit hiding from these attacks. I needed to do something about them. I researched everything I could on anxiety, panic disorder and panic attacks. I went to doctors and professionals to seek help. Nobody could give me the answer or the solution that I wanted to hear. That’s when I turned and decided that I had to do something that I was constantly afraid of, I had to work through my attacks, not hide from them. I wasn’t going to take medication and just numb the pain, I wanted to be rid of the attacks once and for all.

Through some very wise advice from someone I was not expecting it from, I decided to dive into meditation. I read all I could on different practices, gurus, methods and everything you could think of. This lead to a number of holistic texts that previously I would have never given a second look at. And they all pointed to one answer to my problem, the answer was inside me. Not outside in something else, or in some medication, or the presence of some guru or leader, the answer was in me. And I used that teaching to figure out my meditation practice.

With any meditation it takes practice, persistence and patience. Now two years into my twice-a-day meditations, I have been panic attack free. Sure, negative situations still arise, where I would once be induced into a panic attack, however I now have a better understanding on how to handle and respond to situations in a deeper fashion than before. If you have ever had a panic attack, I invite you to look even deeper, not run away, and find your answer.