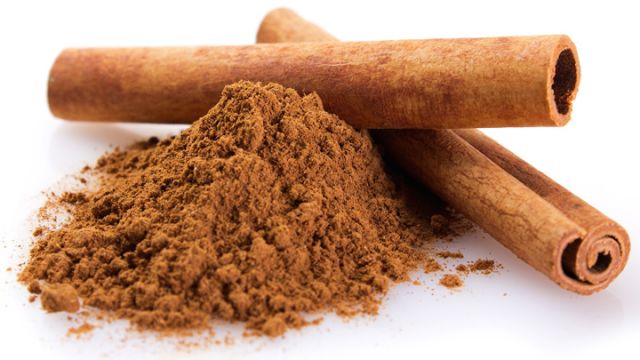 Cinnamon is a most-beloved spice the world over. There’s a reason that it plays a crucial supporting role in hundreds of desserts, savory dishes and beverages. The smell of cinnamon is so intoxicating that it’s often used in fragrance and potpourri blends, and its essential oil circulates a warm, pungent scent throughout your home.

Those who know and love cinnamon may have heard that this spice has a vast wealth of health benefits, including stabilizing blood sugar, promoting optimal oral health and potentially reducing the risk of cancer. Now, we can add another benefit to the list: cinnamon may help to boost one’s ability to learn.

A new study performed by researchers at Rush University Medical Center and published in the Journal of Neuroimmune Pharmacology tested cinnamon’s effect on cognition by administering it to two groups of mice: mice that were classified as “good learners,” and mice that were classified as “poor learners.” Results showed that the cinnamon helped the poor learners to learn more effectively.

According to Kalipada Pahan, the study’s lead researcher:

“We have successfully used cinnamon to reverse biochemical, cellular and anatomical changes that occur in the brains of mice with poor learning.”

Specifically, Pahan and his research team found that ingesting cinnamon had an effect within the hippocampus. The hippocampus is a region of the brain associated with the creation, sorting, and storing of memory. This makes it intrinsic to the learning process. Previous research has found that people who have trouble learning have less of a protein called CREB in their hippocampus, as well as more of a protein called GABRA5. CREB plays a role in memory, and GABRA5 has an effect of slowing down the brain.

When the mice in the study were fed cinnamon, their bodies metabolized it into sodium benzoate, a chemical compound which has been used to help treat brain damage. Likely because of this metabolite, the “poor learner” mice who ate cinnamon exhibited higher levels of CREB, and lower levels of GABRA5, which translated into their memory improving, and their brains functioning more quickly.

Interestingly, while the cinnamon improved learning ability in the poor learners, it did not appear to significantly impact the brains of the mice that were classified as “good learners.”

“These results describe a novel property of cinnamon in switching poor learners to good learners via stimulating hippocampal plasticity.”

While these results were found in mice, not humans, and more research obviously needs to be done, if cinnamon was found to help humans to learn as well, it could be highly beneficial for a lot of people in more ways than one.

“This [eating cinnamon] would be one of the safest and the easiest approaches to convert poor learners to good learners… Individual difference in learning and educational performance is a global issue. We need to further test this approach in poor learners. If these results are replicated in poor learning students, it would be a remarkable advance.”

While we await results of further research on cinnamon and learning, it absolutely couldn’t hurt to get more into our diets now! The following are just a few suggestions: