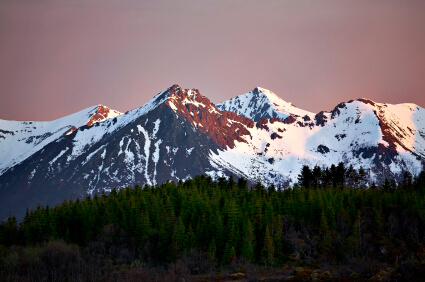 If your kids have driven you a touch off the edge, your boss has been super snippy, or your day was flat out exhausting, curb the urge to head for Starbucks and reach for Rhodiola instead.

This herb has a rich history and has been used in Eastern Europe and Asia to stimulate the nervous system, improve sleep, reduce fatigue and enhance performance.

Since 1969, this herb has been an official Russian medicine, and since 1985, a Swedish medicine. There are over 200 Rhodiola species, but R. rosea has undergone the most scientific research. However, not much of the research has been translated from the Slavic and Scandinavian languages.

Rhodiola is grown in the arctic areas of Europe and Asia and is considered an adaptogen. An adaptogen does not cause the body to move in one way or another, but rather directs it to the best balanced state.

Acting much like the thermostat on your home heating and cooling system, an adaptogen protects your body by adapting to physiological stressors. For this reason, it is known as an effective stress buster.

Because it is an adaptogen, this herb may protect from all sorts of stressors. Many studies indicate that taking R. rosea can improve physical stamina and shorten the time needed to recover between high intensity exercise sessions. In Middle Asia, where the winters are severe, it is used as an effective treatment for both cold and flu.

Stress can cause a host of negative effects on the body including a loss of memory. R. rosea protects the chemical messengers in the brain and helps to improve skills such as thinking, analyzing, planning, remembering and calculating.

This super herb has also been found to improve both the endocrine and reproductive systems. When a mountain couple in Siberia marry, they are given a bouquet of Rhodiola roots to enhance fertility and promote a healthy pregnancy. Studies also indicate that R. rosea improves sexual dysfunction in men and amenorrhea (an abnormal absence of menstruation) in women.

Personal experiences from Richard P. Brown M.D., an associate professor of clinical psychiatry at Columbia University College of Physicians and Surgeons in New York, convinced him that R. rosea was definitely an herb worth considering.

Both he and his wife experienced more energy, less stress and a sharper mind after taking the herb. In addition, his wife, also a medical doctor, had suffered chronic pain and fatigue after being treated for Lyme disease. After she started taking the herb, she had improved focus and stamina.

In one study at Columbia University, physicians on night duty took a low dose of R. rosea over a two week period. At the end of the two weeks, there was a significant improvement in the physician’s ability to tolerate the effects of fatigue. Tests indicated that the doctors had improved memory, calculation abilities and concentration, as well as increased audiovisual perception.

Russian students participated in a study where one group received R. rosea for twenty days during an examination period, and a control group received a placebo. Physical and mental performances were assessed before and after the time period, using both objective and subjective criteria.

Researchers found a major improvement in physical fitness, reduced mental fatigue and improved motor skills in the group that took the herb. The group taking the herb also rated their own subjective well-being higher than the placebo group.

How Much to Take

Be sure to take an extract of the R. rosea root. Daily pill or capsule amount varies from 100 to 170 mg.

Caution: Take Rhodiola rosea in the morning, because it can interfere with sleep or cause vivid dreams. Do not take the herb if you suffer from a bipolar disorder and do not take with other stimulants.

Sources:
Jonny Bowden, Ph.D., C.N.S., The Most Effective Natural Cures on Earth: The Surprising, Unbiased Truth about What Treatments work and Why