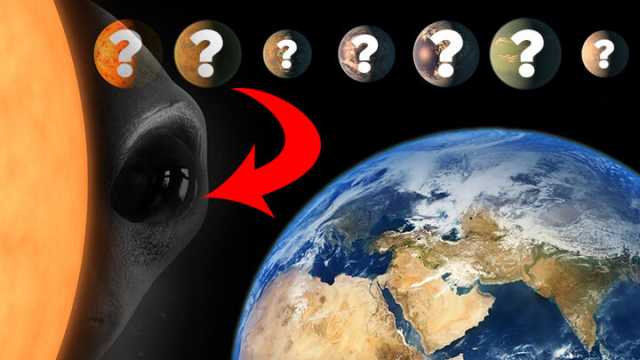 Imagine you are a cosmic detective trying to solve the truth about the existence of extraterrestrials. You find tantalizing clues such as the existence of earth-like planets in neighboring galaxies, anomalous signals from the deep abyss of space, or possible evidence of microbial life on Mars.

The signs of alien existence keep mounting. At the same time, the tools you have for conducting your investigation keep improving. They include an intergalactic telescope a million miles from earth offering an unparalleled view of the universe, micro-sized spacecraft venturing in all directions for indications of ET civilizations, and powerful statistical scanning techniques sifting through reams of galactic data, which orient search efforts. The trail is growing hotter. It seems one day soon that the case will be closed — we are not alone.

It is an exciting time to be an astronomer. Recently, cosmologists have made a number of unprecedented discoveries and breakthroughs. For example, recently a team of astronomers announced the discovery of seven earth-like exoplanets orbiting a sun-like white dwarf just 40 light years away. The findings, which were recently announced at NASA headquarters, are being hailed by scientists as remarkable because at least some of the exoplanets appear to be well-suited to hosting life.

Explaining his group’s discovery, Amaury Triaud from the University of Cambridge said, “I think we’ve made a crucial step towards finding if there is life out there I don’t think any time before we had the right planets to discover and find out if there was [life]. Here, if life managed to thrive and release gases similar to what we have on Earth, we will [soon] know.”

NASA’s Thomas Zurbuchen echoed these thoughts by insisting that, “This discovery could be a significant piece of the puzzle of finding habitable environments, places that are conducive to life. Answering the question ‘are we alone?’ is a top science priority, and finding so many planets like these for the first time in the habitable zone is a remarkable step forward toward that goal.”

The exoplanets discovered are part of what astronomers are calling the TRAPPIST-1 planetary system. TRAPPIST-1 is the name given to the white dwarf sun at the center of this system. A white dwarf is a sun that is cooler and far less massive than our own sun. However, three of the planets orbiting TRAPPIST-1 appear to be at a distance that would allow for earth-like atmospheres and water formation, which are prerequisites for life as we know it.

Going forward, astronomers will be using spectrography and other techniques to study the planetary atmospheres in the Trappist-1 system. In particular, they’ll be looking for signs of water and gaseous emissions, which could indicate life.

“This is the most exciting result I have seen in the 14 years of Spitzer operations,” says NASA’s Sean Carey, referring to the role of the Spitzer Science Center at Caltech/IPAC in this study. Scientists expect to follow-up this discovery by using a powerful new telescope, which can collect data from the TRAPPIST-1 system.

For example, in 2018 NASA will launch the James Webb Space Telescope, which ultimately will be in a position more than a million miles from earth and is especially well-suited to investigate exoplanets by detecting starlight filtered through their atmospheres.

Crowdsourcing in the search for alien life

In the meantime, the exploration of exoplanets and other intergalactic phenomena, which might indicate alien life, is proceeding on many fronts. On February 13, for instance, a team of international astronomers gathering data on exoplanets using a spectrometer built by UC Santa Cruz astronomer Steve Vogt, announced that they were making their information available to both scientists and the public in order to take advantage of open-sourcing.

As Yale’s Greg Laughlin explains, “One of our key goals … is to democratize the search for planets. Anyone can download the velocities published on our website and use the open-source Systemic software package and try fitting planets from the data.”

MIT’s Jennifer Burt expressed a similar line of thinking by saying, “The best way to advance the field and further our understanding of what these planets are made out of is to harness the abilities of a variety of precision radial velocity instruments and deploy them in concert. But that will require some big teams to break from tradition and start leading serious cooperative efforts.”

Crowdsourcing in the search for extraterrestrial life is another exciting development in the field of cosmology. According to NASA, there are now 3,500 confirmed exoplanets (exoplanet is a term that refers to any planet that does not orbit our own sun.) Undoubtedly, they are just a fraction of number out there waiting to be discovered. The discovery of life even one of these exoplanets will be a watershed scientific moment, on par with the Copernican revolution, which ushered in the heliocentric model of the solar system.

How to help astronomers

You can be a part of the discoveries being made. Scientists and astronomers are sharing their findings as never before. They are hoping fellow researchers, eager students and passionate laypeople will educate themselves, help analyze data and further the search for extraterrestrial life. Yes, the search for intelligent life in outer space is a voyage you can be a part of too. All you need is a computer, an insatiable curiosity and a desire to venture forth in search of the unknown.