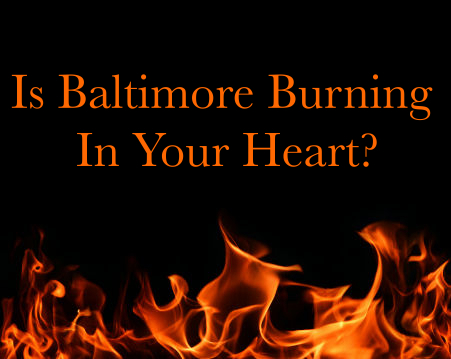 ” It is the soul’s duty to be loyal to its own desires. It must abandon itself to its master passion.”- Rebecca West

There are riots going on everyday, every hour and every minute – all around the world – forces battling against each other – anger, clashes, pain. You may see it, you may hear about it, but do you feel it – and more importantly, do you feel you can do anything to make a difference?

Did you know that riots are not only external to us but happen within each of us and serve a much greater purpose than we may realize? Do you have a burning desire to break free of yourself – to a place where you might allow your passions to explode? This is your own internal riot and today is the day to listen and act.

Since time immemorial, riots have been what some call the spark of change and others label as the destructive dark force that brings out only the worst in mankind. Even educated commentators fail to agree on what good, if any, can be found in rioting.

Listen, can you hear your own internal riot screaming within you? How in tune are you with the desires of your heart? Suppressing passions can be dangerous not just for you personally but also for those around us – it is important for us all to move forward towards a place of peace and ultimately happiness where the path we are on produces not only individual harmony but collectively, a greater good.

Burning in Baltimore: The Birthplace of The Star-Spangled Banner

In case you have been out of touch the last three weeks, allow us to bring you up to date on what has been happening in Baltimore, the city that adopted a new slogan in January of this year, “Baltimore: Birthplace of The Star-Spangled Banner.”

During the War of 1812, Francis Scott Key penned the lyrics to this infamous song and was inspired after he had been held by the British and watched the bombing of Fort McHenry during the Battle of Baltimore on the night of September 13-14, 1814. Of course, we all know that the “Star Spangled Banner” prevailed on this night and that Americans, united together, had been victorious.

Today, Baltimore appears very much divided, quite a contradiction to its new slogan, we might add. A failure to communicate, a failure to be heard, perhaps even a failure to act on internal burning desires or passions have resulted in violence in a major American city. Once more, we have forgone the greater good.

While the cause of a riot is typically not a single event, occurring at the peak of a series of frustrations, the trigger in Baltimore was a young man named Freddie Gray. Freddie Gray died on April 19, 2015 after having been arrested without charge, detained, shackled and thrown into a police van and bounced around the city.

While in the van he sustained a fatal injury, a nearly 100% severing of his spinal cord. The death caused initially peaceful protests that degenerated into looting, burning and assault on police officers who apparently were unable to control the violence.

Following the complete or partial destruction of several businesses that bore no responsibility for the initial incident, over 100 officers injured and a total breakdown of community peace, the National Guard and neighboring law enforcement personnel were called in and the riots tamped down.

Riots are costly. Most of the people watching the news or contributing to Twitter streams weren’t even alive when the last major national race-related riots occurred. Lucky them, because these riots are unbelievably expensive.

The Detroit riots of 1967 started from exactly the same societal problems that exist in Baltimore now, and were estimated at that time to have cost $32 million, or almost $222 million today’s dollars.

In the 1968 riots, as a result of the assassination of Dr. Martin Luther King Jr., the city of Baltimore sustained over 12 million dollars in damages. That would be over $83 million today.

The cost in lives ruined and hopes crushed is immeasurably higher.

What is the answer to all the chaos?

Some say money: What exactly did the $1.831 billion that Baltimore received since 2009 from the American Recovery and Reinvestment Act (ARRA), also known as the stimulus, accomplish? Did it provide new jobs, better housing or safe and efficient schools for poor people of any color, especially black people?
Something about all the money we throw at alleviating poverty and fixing racial tension isn’t working. Let’s look at how just a fraction of that $1.8 billion was spent to see why.

Recovery.gov currently reports that one area of Baltimore has received $837,955,866 in ARRA funding from 2009 to the present.

That much money had to be doing something good for the city, right? Where did it go?

Just one grant of $548K from the National Endowment for the Arts resulted in the preservation of 24 jobs and the addition of one new position.

How many of those jobs do you think were held by the people demonstrating in Baltimore last week? Do you wonder if Freddie Gray ever saw a paycheck from any of that money?

In spite of massive Federal money infusions, Baltimore has dropped from the 10th largest city in the U.S. to 24th since manufacturing, industrial and rail jobs started disappearing. Another factor is that since the 1968 riots, the inner city is seen as a dangerous place to live. Anyone who can leave does so at the first opportunity.

It’s doubtful the newest riots will improve that statistic, and apparently money isn’t the answer either.

Others have tried… and failed

Sometimes we can see some tangible results from that, like the interstate highway system or research funds that result in a vaccine for polio.

In the case of race relations in general, and Baltimore in particular, the results are far less positive.

Regardless of which of the two major parties is in power, all the money and rhetoric seems to have only temporarily papered over real problems. Not solving the collective sparks that, once lit, end us in what appears to be eternal conflict.

It’s all too easy for those of us that don’t live in Baltimore to donate $10 online or write a check to some online appeal and feel like we’ve actually done something. All along, ignoring the internal riot burning within us.

In fact, the system encourages us to think in an unhealthy way – never looking inside, never reaching out in a way that matters to ourselves or others. Heaven forbid that we should get our heads, hands and hearts in gear as a result of following our passions. After all, we’ve got professionals to handle that, right? Wrong!

The same people who were saying that blacks needed jobs, education, felt disenfranchised or were treated as second-class citizens are still saying the same things, preaching the same solutions and collecting money from the rest of us to solve the same problems fifty years later.

News flash – It has never worked and still isn’t working.

Tame your own inner riot 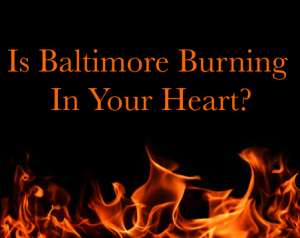 These are stressful times indeed and many are confused and searching for answers. Don’t take your example from what is happening in Baltimore, no good will come from it. Instead, take time, as much as you need, to be alone with yourself, to get in touch with the burning desires inside that you keep pushing deeper.

Ask yourself; what occupies my thoughts, makes me uncomfortable and causes me to be restless? It is in this place that you will find the answers to what you need to do, you will find what it takes to end the riot within.

It is unlikely that this will involve simply getting out your checkbook and donating to yet another “cause.” Taming your inner riot will lead you to a place of action where your head, heart and hands are united. And, in doing so, not only will you be benefiting the greater good but you will also find the happiness you so desire.

It may be hard at first, to act on your passions, to tame your internal riot … but once you have taken the first step, you won’t ever look back.

Do something different today and be part of the change that is so desperately needed.