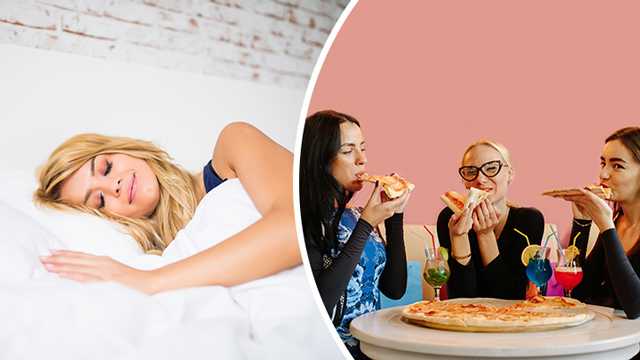 Ahh, the single life. It sometimes gets a bum rap, doesn’t it? Single people are often stigmatized as being lonelier, unhealthier and poorer, but nothing could be further from the truth. In fact, the opposite just might be true. Being single can be an awesome time in your life — don’t let anyone tell you any different! Sure, it’s nice to have someone to cuddle with at night, but being tied to a long-term relationship isn’t the be-all and end-all for everyone. So, forget about stigmas. It’s time to embrace your singlehood and the many benefits that go along with it!

1. Being single has a positive effect on your health

You may not share a partner’s health plan, but maybe you won’t need it. Let’s face it, being single gives you a lot of extra time to work on yourself. When you’re single, you are more able to devote time on internal and external beautification. When other’s immediate needs aren’t a factor, going to a gym, exercising and cooking healthier meals will become that much easier to maintain.

2. You can pursue your hobbies, interests or volunteer

It’s no secret that when you’re in a relationship, your free time is divided between two people. Throw kids into the mix and now you’re being stretched in all directions. Being single allows you to devote your free time to your hobbies and interests. Learn to kayak, hike volcanoes or zipline Niagara Falls. Start a book club, take up pottery, yoga or volunteer your time to a homeless shelter. Whatever your interests are, now’s the time to pursue them.

3. You can plunge headfirst into your career

Being single gives you an opportunity to focus on your career. Whether it’s climbing that corporate ladder, getting your Ph.D. or writing your first novel, now’s the time to go for it! So, work hard and live up to your true potential.

4. Being single gives you time to dump that emotional baggage

It doesn’t matter if you’ve been single for decades or days, it’s easy to fall into the trap of thinking less of yourself because you were dumped or simply because you’re not in a relationship. It always amazes me when I see someone jumping from relationship to relationship, loaded down with so much baggage.

Stop beating yourself up about what went wrong in your past relationships. You’re not cursed to be alone for eternity; eventually, the right person will walk into your life. So, for now, stop focusing on finding your better half and start focusing instead on dumping that emotional baggage and making yourself whole.

5. Being single gives you the opportunity to truly find yourself

How can you possibly find the perfect mate when you haven’t even found yourself? But how exactly does someone find themselves? First, stop defining yourself through everyone else’s eyes. Look deep within yourself for the things that really matter to you, and what you truly want from life — not what others want for you.

Finding yourself means analyzing your core beliefs, and figuring out why you believe the things you do about yourself. For instance, deep down you may believe you’re unlovable or stupid thanks to an abusive parent, sibling or teacher. Once you’ve tuned into your beliefs and realize the negative impact they’ve played in your existence, it’s time to replace them with loving and positive truths.

Relationships are funny things. Everyone wants to find love — it’s in our DNA — but soon after the honeymoon stage ends, some begin to feel like it’s time to chew their hind leg out of that trap. The truth is, often, people want what they can’t have. However, one of the many benefits of being single is that you’re not trapped, and you can flirt with whoever you like.

Let’s face it, when you’re single, there’s no better way to signal availability and interest than flirting. And remember: naked selfies aren’t flirting! If you’re a little rusty in the flirting department, then simply start by smiling. It’s a great way to suggest you’re approachable and warm. Flirting is an art that tantalizes and intrigues without giving away too much. Now get out there and get flirting!

7. You’re not accountable to anyone but yourself

You may not have anyone waiting for you at home, but… you have no one waiting for you at home! So, make the most of it. Do you want to catch up with old friends after work? Do it! Do you want to meet up with that cute coworker for drinks? Go ahead and have fun! Maybe you’re even itching to quit your job, travel the world and blog about your experiences. The point is, make the most of your freedom by going out and trying new things. Every decision is your own, you’re not accountable to anyone but yourself. Geez, single people take their freedom for granted. Ask any married person what they miss the most about being single and they’ll quickly tell you — their freedom.

Life is too short to sit around and wait

Why do so many people think that being married or in a relationship is superior to being single? Yes, being single can be lonely at times, but so can being committed to the wrong person. Life is too short to sit around waiting for Mr. or Mrs. Right. Instead, focus on creating the best life for yourself — a life surrounded in good friends and good health. Because one day you may not be single anymore, and you’ll look back and wonder, “Why didn’t I take full advantage of everything being single had to offer?”