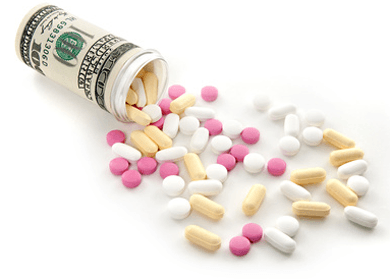 Physicians are busy professionals, if they are not seeing patients, they are in surgery, making rounds or catching up on dictation. Few have time to sit down and review the latest drug studies. However, they usually take time to eat lunch, often times provided by a local drug rep who wants twenty minutes of time to push a new product. This product pushing is nothing new, it is the way that drug companies have been gaining the support of doctors for years. They get their foot in the door and……open wide!

The drug rep will order or bring in lunch for the office, quote a few stats (usually from the drug companies funded study) answer some questions and even leave some samples. All of this is in an effort to win the physician’s approval for the drug. Other “gifts,” part of major pharmaceutical companies massive marketing budgets, are used to get the physicians on board and excited about the drug.

A recent study revealed that drug companies spent dearly $84 million on marketing pharmaceuticals in the District of Columbia during 2011. Almost $19 million of this amount was for “gifts” to hospitals, physicians and health care providers. Researchers at George Washington University School of Public Health and Health Services report that 12 physicians in the area received lavish gifts that totaled more than $100,000 a piece in one year.

Can Pharmaceutical Gifting Cause Harm?

The real threat behind the gifting that happens between drug companies and medical professionals is relevant when it comes to which drugs are being pushed by the companies. Are these drugs safe? How much research has been done? What are the side-effects? What are the long-term effects? Although pharmaceutical industry leaders are adamant that gifts have no influence on which drugs doctors prescribe to their patients, a growing body of evidence seems to suggest differently. Some ask, why is so much being spent on gifts year after year if there was nothing to show for the expenditure? Obviously, there is a connection somewhere. 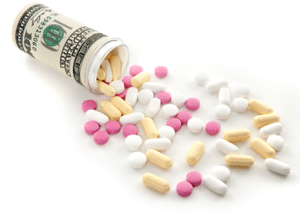 In the state of Vermont, patients can request and receive an annual report which shows how much money money drug companies have given to health care providers and the amount, form and reason for the money. Although the report does not list the recipients by name, it is broken down by practice type.

Every time we set foot in a doctors office we should be aware of the risks of any drugs we are being prescribed and the risk that the physician has been swayed, either consciously or subconsciously, to prescribe one drug over another by the drug industry. It behooves us to ask questions. Ask why you are being given a drug in the first place, what the drug is going to do, why this particular drug was chosen and what other options there may be. It may take a little time, and a little research, but it also puts you in the driver’s seat of your health which is vitally important.

Do you do your own research before filling prescription?