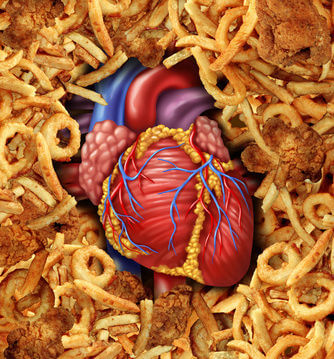 For years, research has been pointing the finger at trans fatty acids (TFA’s) for all sorts of health maladies including heart disease, obesity, diabetes, cancer, aggression and cognitive decline in seniors.

With the mounds of evidence that continue to pile up, many are astounded that it took the FDA so long to finally realize the toxic nature of this substance that nobody should consume. However, we are grateful that something is now being done to stop the insanity of trans fats.

Trans fatty acids, one of the more common demons in our diet, have been named the “phantom fat” because the FDA did not require it to be listed on food labels until 2006 – seven years after the initiative was proposed. Even still, up to 0.5 grams can be found in foods that are labelled “zero trans fats.” This dangerous substance allows foods to last longer without spoiling, lowers food production costs and gives food a better taste, according to food manufacturers.

Known also as partially hydrogenated oils, these fats, once considered safe by the FDA, are now going to be reviewed by the FDA for their safety. A 60-day consultation period will begin what many hope will be the gradual phasing out of TFA’s all together. If the plan goes off without a hitch, Americans will no longer be consuming the heart-clogging oils which are frequently found in processed foods as well as fast foods.

Trans fats have been linked to between 30,000 to 100,000 premature heart failures per year in our country alone. Removing them from our food supply is really something for consumers to celebrate! Food manufacturers, on the other hand, may not be so quick to celebrate as they stand to lose some major profits if the substance is banned.

It May Not Happen Fast Enough
Although all signs point to the proposed trans fat ban as imminent, some are saying that it may take some time to actually come into play. In fact, all the FDA has done at this point is to admit that they were wrong – trans fats are not safe.

The FDA has been well aware of the dangers of trans fats for 20 years and in the 1980’s they were even thought to be safer than natural saturated fats such as coconut oil and beef tallow. Studies demonstrating the seriousness of trans fats to our diet were brought to the FDA in the early 1990’s, after which six years of silence ensued.

NOTE: In New York it took only two years for TFA’s to be banned from restaurants and even McDonalds removed it from their fries in 2008.

At present, there is no timetable set for cleaning up the food market of TFAs. According to Michael Taylor, FDA’s deputy commissioner for foods, ” We want to do it in a way that doesn’t unduly disrupt markets.”

This, unfortunately allows a gaping open window for the food industry to step in and some how, some way prove that TFA’s are safe for us to eat. Lobbyists could really put the heat on now, as they have done in the past, and things could quickly go ‘off the rails’.

Where We Stand Today 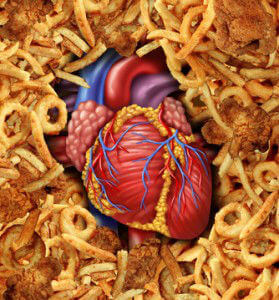 Until they are gone totally, TFA’s continue to threaten the health of all Americans. If you consume a 2,000 calorie daily diet, adding a mere 40 calories in TFA’s can raise your risk of heart disease by up to 23%. The American Heart Association (AMA) says that it is unsafe to consume more than 2 grams per day of TFA’s.

Avoiding TFA’s can be done if you just avoid all processed foods, including microwave popcorn, frozen pizza, ice cream, cakes, cookies, crackers and pies. Remember that a food can contain up to .5 grams of TFA’s and be labeled as “zero trans fats.” Just choose what you eat carefully, stick to whole foods and select your dining out establishments only after you check carefully for the use of TFA’s.