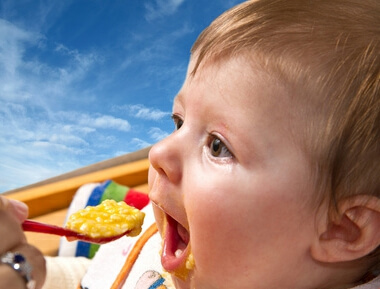 Sugar is sugar no matter whether it is conventional or organic. It all impacts the blood the same way. While there is much good behind the organic label, it has also created quite a stir amongst consumers who are convinced that everything organic is better.

A study released by Cornell University Food and Brand Lab says that the impact of the organic label on consumers and what they buy, and how much they spend, is significant.

When the results were assessed, it did indeed indicate that the organic label made a difference in the way consumers felt about the products. Cookies and yogurt that were labelled organic were seen to have fewer calories and more value than those labelled non-organic.

Those in the study said that they would pay 23% more for these products. The cookies and yogurt that participants thought were organic were said to have less fat than the conventional product. Both the chips and cookies with the organic label were thought to be more nutritional.

When Does Organic Matter?

In the end, a cookie is a cookie whether it is made with organic flour and organic sugar or not. In addition, processed food is still processed food. When it comes to cereals, baked, and packaged goods, it is really not worth the extra money to purchase something with an organic label on it. You probably should not be eating the item in the first place.

However, there are times when organic does matter, and this is mostly when produce, meat and dairy are concerned. Here is a list of items that are worth buying organic.

Beef: Organic animals are not permitted to be raised on genetically modified feed and are required to receive at least 30% of their calories from pastures, making their meat much healthier than conventional meat. In addition, organically-raised cattle are not allowed to receive antibiotics or hormones.

Full-Fat Dairy: This includes butter, cream, milk and yogurt. Organic dairy cows are required to graze on a pasture for the entire grazing season and obtain at least 30% of their nutrients from grazing. While most samples of conventional butter contain pesticide residue, organic butter does not.

Chicken: Although Pfizer has voluntarily removed roxarsone from the market, other arsenic-based additives are still being used on conventional chicken farms. There are also a number of pesticides in chicken feed that impact not only chickens’ but consumer’s health.

Eggs: Chickens raised on pastures get much of their nutrition from bugs, versus those raised in captivity. Pesticides in chicken feeds transfer to egg yolks, and for this reason, you should avoid eating eggs from chickens fed completely on grain.

Leafy Greens: Spinach, lettuce, kale and collards are very vulnerable to pesticides. There are a lot of exposed areas, and this can add up to a lot of pesticides in one serving. 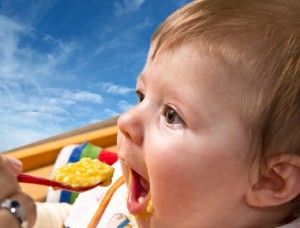 Apples: Over 98% of all apple samples have pesticide residue on them. According to the Environmental Working Group, apples are the dirtiest fruit out there. This is one area where you should just agree to spend a little more, it is well worth it. Organic apples also have higher levels of polyphenols than conventional apples.

Berries: When berries are left on their own to develop without the aid of chemicals, they develop a host of beneficial polyphenols. Both organic strawberries and blueberries have far more antioxidants and nutrients than conventionally grown berries.

In addition, if you eat potatoes, bell peppers or celery on a daily basis, you should be sure to buy organic. For more on buying organic see 5 Foods You Should Always Buy Organic.