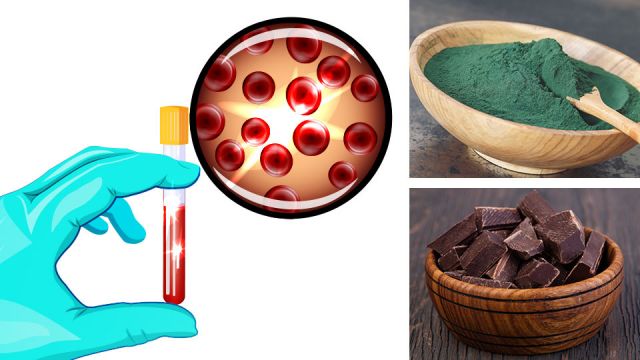 As you can imagine, anemia isn’t something to poke fun at. Those who are anemic aren’t receiving enough oxygen-rich blood, resulting in chronic symptoms like lethargy and fatigue, muscle weakness, constant mood changes and brain fog. Untreated, anemia can wreak havoc in the body, contributing to the development of other health complications and even, in very rare cases, early death.

Anemia is, in essence, the end point of iron deficiency. According to the Iron Disorders Institute, iron deficiency is the most common nutritional deficiency in the world. As the iron in your blood (known as blood ferritin) begins to decline, symptoms like fatigue and muscle weakness begin to increase in severity and frequency. When you blood ferritin levels drop below a certain point, you’ll be classed as anemic.

Given just how common anemia is, and the serious nature of the conditions that can develop from it, it’s vitally important to understand how to recognize whether you might be suffering from it. Common symptoms of anemia as reported in the Seminars in Oncology include:

According to experts, anemia is particularly common in cancer patients.

Most people find out that they have anemia after they take a visit to their doctor. They’ll report one or more of the above symptoms, get blood tests done, and receive a prescription based on how severe that anemia really is. Many solutions may be as simple as dietary changes, while others may be told they need to take iron supplements or even require whole blood transfusions to restore major iron deficiencies.

In my opinion, nine times out of ten, making strategic changes to your diet is the most effective and sustainable way to treat anemia. Our red blood cells are totally reliant on iron contained within the food we eat to maintain healthy levels of hemoglobin — therefore upping the iron ante with whole foods rich in iron is often more than enough to resolve the problem. Other times, it may be that certain foods, such as chocolate, are leaching iron from your body or preventing iron absorption.

Here are some tried and true ways to treat anemia.

There’s been a considerable amount of research regarding the connection between gluten and iron-deficiency. Gluten can contribute to iron deficiency by damaging the small intestine, which in turn impedes iron absorption into the bloodstream. Gluten can also damage the acid-producing cells in the stomach, which are necessary for the breakdown and utilization of iron.

The solution is simple: if you’re suffering from symptoms of anemia or low iron, ditch the grains. Wheat, rye and barley are all the major gluten-containing culprits, but there’s a vast array of processed foods that now contain at least moderate amounts of gluten. Do your homework, read the packaging and say goodbye to your old (evil) friend gluten.

Get your hands on some dark chocolate

The subject of chocolate and anemia has been hotly debated, with its opponents claiming that chocolate contains a substance that removes iron from the body. Personally, I consider good quality, dark chocolate to be a superfood, rich in nutrients and containing high levels of… iron! Somebody who is suffering from anemia invariably benefits from more iron, so getting your hands on some extra dark (>72 percent cocoa solids) chocolate is a good idea. Dark chocolate contains far more iron than milk chocolate, and generally has less sugar and additives.

Chow down on some beetroot

After hearing claims that beetroot is an effective way to treat anemia, I did some research. What I found was more than a little surprising — there are a plethora of studies examining the link between beets and iron deficient anemia, most of which is very promising indeed.

A study published in 2014 examined the protective effects of beetroot extract against anemia in rats. After administering 200 mg/kg of beetroot extract, the study proponents found that both the rats’ red blood cell count and their hemoglobin increased dramatically, thereby providing a very effective treatment for anemia. Another 2013 study studied the effects of beetroot juice on 60 adolescent girls, finding that “beetroot juice had a significant impact on improving the hemoglobin level.” There’s plenty more where that came from.

The beauty of beetroot is in its high iron content. One cup of sliced beetroot will provide around 1.1 milligrams of iron, which is a significant chunk of your daily iron needs. Beetroot also provides high levels of vitamin A, a lack of which can contribute to anemia, and vitamin C, which helps with absorption of iron. Together with their powers of detoxification, beets provide a nutritional powerhouse that may make significant improvements in your anemia.

Supplement with foods high in chlorophyll

As far back as the 1930s, the amazing healing powers of chlorophyll were already being studied. By that point, scientists accepted that iron supplements provided an effective treatment for anemia.

But when they started supplementing with chlorophyll in addition to iron, they found truly remarkable results. Adding in chlorophyll into anemic patients’ diets along with increased iron resulted in far greater red blood cell count and hemoglobin increases than with iron supplementation alone.

We now know that this effect was, at least in part, due to the compounds within chlorophyll helping to improve the synthesis of globin, the precursor to hemoglobin. Essentially, chlorophyll helps the body turn free-form iron into red blood cells, thereby providing an effective way to treat anemia.

With this in mind, it may be a good idea to seek out foods and supplements high in chlorophyll. Spirulina and chlorella are some of the highest chlorophyll sources on the planet, but other foods, such as spinach and parsley, provide significant levels of the stuff as well. As a rule of thumb, getting more dark leafy greens in your life can only be a good thing for treating your anemia.