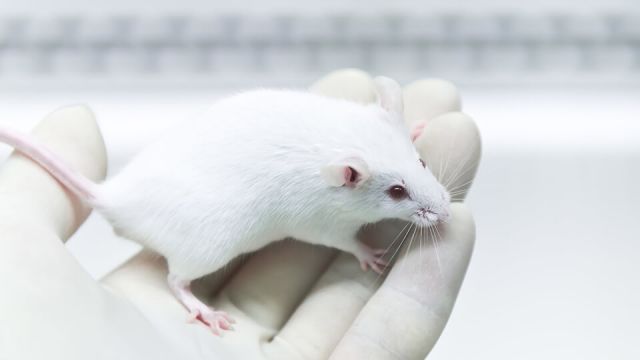 In a meeting of the Society for Neuroscience that starts this weekend, two teams of scientists will report on how the mini brains survived for up to two months in other animals. The small pieces of brain, often around the size of a lentil, were connected to the animals’ circulatory and nervous systems. This was done to see blood and nerve signals transferred between the animal and the piece of human brain.

These mini brains are very similar to living human brains in their early developmental stages. They grow in size and evolve, and they also react in similar ways as full human brains to things like psychedelic drugs. One of the main advantages of these organoids is that scientists can perform tests on them, in order to learn how to cure human brain ailments, without conducting such testing on humans.

“The science is advancing so rapidly, the ethics can’t keep up,” Christof Koch, president of the Allen Institute for Brain Science in Seattle, told STAT.

Indeed, while there are clear advantages to this sort of science, there are also two key concerns. One is that the mini brains could potentially grow to become more advanced. If that happens, potential issues of a conscious brain, inside a rat or mouse, could arise. The other concern is the issue of using other animals for the testing.

In January this year, researchers developed human-pig chimeras, opening the door to pigs with human brain cells, that might ultimately develop elements of human consciousness.

University of Minnesota professor Daniel Garry said it wouldn’t be clear if such a chimera would be more human or pig. Further, the hybrid could develop human thought, or the human cells could consume the pig cells — seeing a being that would be more human, but born from a pig.

The ethics of testing on animals

An estimated 11 million animals are tested annually in science labs. So far, such testing has resulted in breakthroughs such as the polio vaccine, as well as advances in cures for cancer, leukemia, malaria, hepatitis B and more.

However, testing on animals doesn’t always predict outcomes for humans. In fact, 90 percent of medicines deemed safe following animal testing cause problems for humans. In the meantime, thousands of animals can be used for each study — either dying as a result or suffering cruel conditions.

Animals such as rats, pigs, frogs, monkeys, dogs, cat and mice are usually kept in small cages, alone, and can be injected with harmful substances, force-fed harmful chemicals, or implanted, burned, shocked, starved and more.

So while these mini brains are aiding research on diseases like Alzheimer and Zika, and potentially could show how autism and schizophrenia unfold, is it worth it? Let us know in the comments!