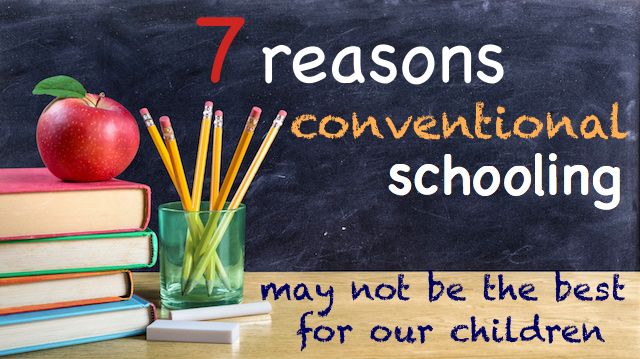 Sit down, be quiet, stay still, do what you’re told. This is what we learn during the years we are in school — the years when we grow, develop, and learn the most.

While most of us would say we desire our children to be curious, well-rounded, healthy and responsible, are these the attributes our society cultivates through the schooling system?

Many would say they are not. John Holt, a leading author on the topic of alternative schooling, goes as far as to say: “Almost every child, on the first day he sets foot in a school building, is smarter, more curious, less afraid of what he doesn’t know, better at finding and figuring things out, and more confident, resourceful, persistent, and independent than he will ever be again in his schooling — or, unless he is very unusual and very lucky, for the rest of his life.”

Sitting at a desk for six hours per day during the years of a human’s most intense physical development may be the biggest damage caused to recent generations by the school system.

And it doesn’t stop when children leave the classroom. Homework levels have increased by almost 40 percent during the last 15 years, with kids as young as nine years old spending hours each evening doing additional work, in the hours when they should be able to spend time outdoors, commune with friends and family, pursue other interests and simply rest.

School cafeterias are rife with fried food and vending machine snacks with minimal nutritional value, designed simply to attract children who don’t know better. There is also the problem of peer pressure where kids with nutritious lunches from home are ostracized or pressured to eat trendy junk food.

While children are sitting in the classroom, they are also away from nature and sunlight. Indoor environments can be toxic, often have poor air quality and also deprive children of the natural vitamin D, which is obtained by spending time outdoors. 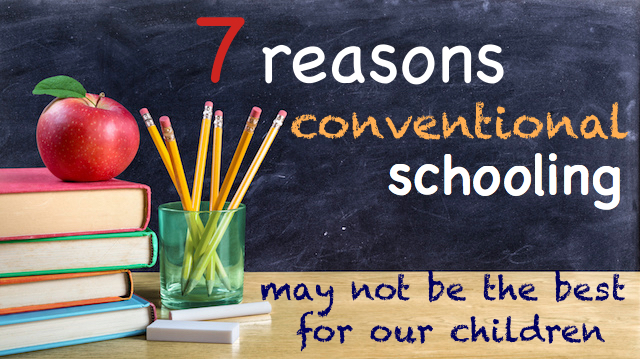 Critics of conventional schooling point out that the school environment is one of “forced learning” on a mass scale, which means some children are exposed to topics they are not ready for, while others are bored but must endure the lesson anyway.

This encourages an attitude that “living” and “learning” are separate — where school is the place where you learn, and after school learning stops. Responsibility is taken away from the learner, and learning becomes an obligation or even a burden, rather than a joy.

Only one learning style

While the typical approach of memorization and testing works for some, many others are not cut out for this model of learning. Those who have different learning styles and don’t fit into the system are criticized and may have long-lasting self-confidence problems due to this experience.

As standardized testing increases across the board, children are under a considerable amount of stress to conform and achieve. However, these standards are arbitrarily imposed by the system and are not personalized to the child’s interests or needs.

Increasingly advanced topics are taught to younger and younger children, and the stress can cause anxiety disorders and other issues for kids.

While the socialization aspect of school is certainly mostly positive, there can also be negative repercussions from the bullying and peer pressure that are commonly seen in schools. When kids get more personal attention, as is typical in alternative schooling models, more compassion and understanding are encouraged.

Have you ever considered trying a different learning system for your child?