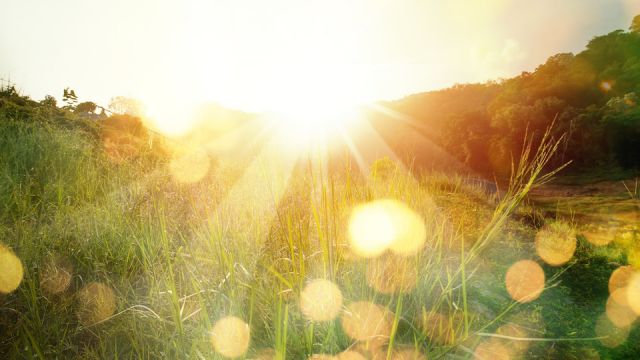 Strange “health” fads making strong health claims seem to be part of the fabric of our culture. With consumers looking for quick fixes and others looking for stardom, money, or both, it is truly a recipe for disaster. From vagina steaming to sticking jade eggs where no egg should go, things get even crazier with a new fad – perineum or “butthole sunning!” Thanks to a few social media influencers, butthole sunning has gained traction. But why, and is it safe? Doctors say no! Let’s dig in to see what all the hype is about.

According to a self-proclaimed “healer”  on Instagram who goes by the name of Metaphysical Meagan, “perineum sunning” can boost energy, regulate hormones and even strengthen organs. She claims that sunning her backside has regulated her circadian rhythm so she can enjoy better sleep. Additional benefits she says include increased creativity – simply from aiming her but to the sun five minutes per day! Apparently, for this but sunning enthusiast, 30 seconds of rays is “the equivalent of a full day of sunlight with your clothes on and is “truly more energizing than slamming cups of coffee.”

Is this ancient Taoist practice healthy and safe?

According to Meagan, absorbing the sun’s rays through the behind is an ancient Taoist practice that started in the Far East. In Taoism, the perineum or Hui Yin is known as the ‘Gate of Life and Death.” This, according to Meagan, is where energy enters and exits the body. The quick burst of solar energy helps to prevent leakage of chi or life force energy from the body while strengthening organs and balancing sexual energy.

Meagan credits another social media influencer and “healer,” “ra_of_earth,” for showing her this technique. In one Instagram post, he said that ailments like vaginal infections and hemorrhoids are “diseases of laziness” that can be prevented by “regular washing” and “exposure to sunlight.”

Hollywood getting in on the action

Actress  Shailene Woodley likes sunning her booty – she claims that it gives her vagina a “little vitamin D” boost that helps with her energy in the winter months. Woodley was inspired by an article written by an herbalist who stated that there is nothing better for yeast infections and other genital conditions then a little vitamin D. She says,

“If you’re feeling depleted, go in the sun for an hour and see how much energy you get. Or, if you live in a place that has heavy winters, when the sun finally comes out, spread your legs and get some sunshine.”

According to health experts, the claims of butthole sunning are unfounded. Dr. Diana Gall from Doctor-4-U says this.

“There is no evidence that sunbathing in this way has any effect on physical wellbeing. Yes, practicing mindfulness and meditation, and getting your dose of Vitamin D, is beneficial for mental and physical health, but you don’t need to damage your skin in the process from sun exposure.”

Although only 30 seconds of sun exposure is recommended, a sustained period of tanning could lead to sun damage, says Shamir Patel, the founder of Chemist 4 U. Vitamin D is essential for healthy bones, teeth and muscles, but Patel says that there are much easier ways to get what you need, like taking a long walk on a sunny day. He also said that he saw no real benefit in the practice.

Dr. Stephanie Ooi from MyHealthcare Clinic in London says this,

“This is a classic example of social media medical misinformation which in some cases can be damaging or dangerous. There is absolutely no proven scientific evidence to suggest any health benefit to sunning your perineum or bottom. NONE. Please do not trust everything you read on social media, if you have a medical question — please seek the advice of a doctor, nurse or medical professional with relevant qualifications.”

Yes, the sun on your face and body feels great and has many benefits, but any time in the sun must be approached with caution. Exposing any part of your body that rarely sees the sun to the sun can cause burns and encourage the development of skin cancer.