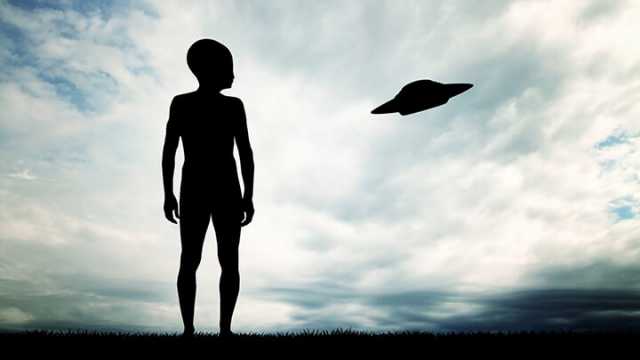 Yaphet Kotto is one of the most recognizable actors of his generation. The screen legend portrayed a Bond villain in Live and Let Die, the tragic Moorish commander in Shakespeare’s Othello, and a crew member devoured by an ET is Ridley Scott’s sci-fi classic Alien. Kotto’s off-screen life has been pretty interesting too. As the 77-year old Hollywood star recently confided, he’s regularly encountered extraterrestrials for more than a half century.

Yaphet Kotto has made more than 75 movies (many of the blockbusters) and appeared in dozens of hit TV shows like Law & Order. He’s not a publicity-seeking nobody trying to gain fame by concocting outlandish tales.

As he explains, “Well, I’m not promoting anything now. I’ve written no book and I have no movie that’s about to be released. This is the time to reveal this because no one can connect it to anything that’s a financial gain or form of media exposure. When someone now asks me if I ever experienced anything that’s remotely close to an alien, I’ll say, ‘Damn right I did.’ It happened at nine years old and continued since then.”

In fact, Kotto describes a series of alien encounters that began when he was just a youngster. The first incident was just momentary glance that occurred before his tenth birthday. As the actor explains,”When I turned around, a figure was behind me, it was at least five or six feet tall with an elongated head. It appeared, then jumped to the back of me and disappeared. From that moment on, it was one experience after another which culminated into my sighting in the Philippines and during the filming of Alien.”

In an amazing case of synchronicity, Kotto says he and some members of his family witnessed a giant UFO in the Philippine sky during the filming of Alien. He describes the flying saucer as being “bigger than Yankee stadium.”

The acclaimed actor admits he doesn’t know why he’s been singled out for these kinds of experiences. However, he does believe they are part of some larger purpose. The central lessons he draws from his encounters is that “We’re not alone, we’re not alone in the universe.”

Kotto sums up his take on his alien encounters this way. “They aren’t going to go away and I honestly believe these species are close to making themselves known in this century, to this generation. I believe their purpose is to make sure we don’t kill ourselves. We’re losing our rivers, lakes, mountains and our caps are melting. We need to take a serious look at what we’re doing and they’re going to help us do that.”

Tom Delonge is a musician on a mission. As he sees it, the government is covering up the existence of aliens, which he claims he’s met near Area 51.

Delonge’s name, as you might remember, popped up in the WikiLeaks hacked e-mails, which generated so much controversy during the 2016 presidential campaign. Those transcripts showed that Delonge met with top governmental officials in an effort to try and get them to come clean about evidence of alien existence that many citizens believe is being suppressed.

Delonge has promised a big announcement soon. In the meantime, he’s created a number of fictional and musical projects that revolve around his obsession with ETs. One of these is a novel called “Sekret Machines Book 1: Chasing Shadows,” which explores the theme that the U.S. government has learned numerous technological secrets from extraterrestrial visitors.

Delonge’s book is ostensibly fiction, but it’s clear that his “sources within the aerospace industry and the Department of Defense and NASA” influenced his thinking. That raises the question — are Delonge and anonymous insiders trying to use fiction to get the truth out?

Whitley Strieber is a best-selling author who has attracted widespread interest for his reportedly non-fictional account of his abduction by aliens, which he describes in his book “Communion.”

In the book, Strieber recounts his encounter with non-human visitors, who he claims abducted him from his New York state cabin in 1985.

Strieber has shared media platforms with other UFO enthusiasts such as Buzz Aldrin, the Apollo astronaut who is also convinced that aliens are real. During interviews and panel discussions, Strieber has offered reflections on his experiences by saying, “Among other things, since I wrote “Communion,” science has determined that parallel universes may be physically real and that time travel may in some way be possible.”

Strieber adds that he believes that humanity is being groomed and prepared for a higher level of consciousness that will lead to a new era of space exploration, which will include time travel and portals to different dimensions and parallel universes.

Are we being prepared for the truth?

Is the human race being shepherded to new states of awareness, as many who’ve had alien encounters believe? Perhaps the shock of discovering a species of life more advanced than our own would be too much for some groups and people to bear.

If so, it would make sense for benevolent aliens to make their presence known both selectively and gradually (so that we become accustomed to their existence). Perhaps there is a common thread to these alien encounters — we are being prepared for the truth that we are not alone.