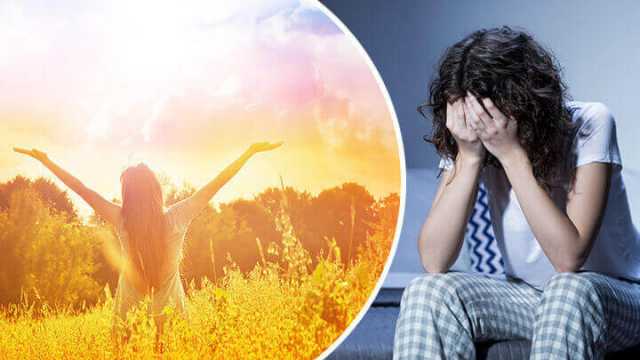 Vitamin D, also known as the “sunshine vitamin,” isn’t just necessary for your bones. Turns out, it’s vital for a wide range of functions in the body. If you’ve been feeling run down lately, here’s why you need more vitamin D in your life and where to get it naturally.

Why you need vitamin D

According to researchers at Harvard University, at least one billion people around the globe don’t have enough vitamin D. That’s startling, considering how much we need it for optimal health. Put simply, when your body converts vitamin D into its usable form through food or sunlight exposure, it does everything from boosting immunity to protecting your gut health. This handy vitamin can modify cell growth and reduce inflammation throughout the body.

There’s a lot of scientific debate about how much vitamin D is ideal for overall health. The National Institutes of Health (NIH) recommends 600 International Units (IU) of vitamin D a day for adults and children, measured by the amount of the vitamin contained in the blood. It may sound like a lot, but it’s actually not that much. In one study, adults who spent time outdoors and developed a slight pink tone to the skin got 10,000 and 25,000 IU from sun exposure. Not bad for a little fun in the sun!

While previously thought to only impact bone development, researchers have now linked vitamin D deficiencies to a range of dangerous diseases. These include:

If you suspect that you may have a deficiency, talk to your doctor about getting a blood test to check levels of vitamin D in your blood. Here are some signs of a vitamin D deficiency:

Researchers have confirmed that vitamin D is directly related to your immune system. The vitamin helps your body to produce more than 200 antimicrobial peptides, which fight off infections. So, if you feel like you keep getting sick over and over, or it takes you a hard time to fight off illnesses, you may need more vitamin D.

Chronic fatigue is associated with lifestyle choices, like diet, exercise and sleep. But if you’ve been staying on top of all of these, and you still can’t seem to find the energy to get through the day, you may need more vitamin D. In one study, researchers found that vitamin D can decrease fatigue in cancer patients, though it’s unknown if the same is true for “medically stable” patients.

Vitamin D is essential for strong bones, since it helps your body to properly use calcium. Researchers have named vitamin D and calcium supplementation as vital for reducing fracture risk among the elderly diagnosed with osteoporosis. Researchers have also linked vitamin D deficiency with rickets, a disease that prevents bone tissue from mineralizing properly. The result is soft bones and skeletal deformities. To manage fragile bones, consider upping your vitamin intake.

Chronic back pain is one of the leading causes of disability in the U.S., affecting millions of Americans every day. If you’re part of this group, you might need more vitamin D. One study by the Indian Journal of Clinical Biochemistry found that low levels of vitamin D were associated with patients who had chronic back pain.

Vitamin D receptors can be found in many parts of the brain. Researchers have confirmed a relationship between low levels of vitamin D and mood, but they have yet to determine whether it’s a cause-and-effect relationship. In any case, if you’re feeling down, it could be a vitamin deficiency.

6. You’re having a hard time ‘getting it up’

If you’re one of the 30 million American men having a tricky time in the bedroom, a lack of vitamin D could be to blame. A study published in the Journal of Sexual Medicine found a link between severe erectile dysfunction (ED) and significantly low levels of vitamin D in the blood.

How to get vitamin D from sunlight

If you think you have a vitamin D deficiency, skip the over-the-counter pills and supplements. Instead, get it naturally. Here’s why: researchers have found that vitamin D produced in the skin (i.e., from sun exposure) may last twice as long in the blood compared to a vitamin that’s been ingested.

How much time you need in the sun depends on where you live and what time of year it is. The Vitamin D Council says that people only need to exposure their skin to sunlight for half the time it takes for skin to burn. For fair-skinned folks, a 15-minute walk around the neighborhood around midday — without sunscreen — may just be sufficient to produce enough vitamin D.

There’s also some debate about whether or not the vitamin can be washed off. There’s not a lot of research on the topic, but in one study from 1958, researchers concluded that at least some vitamin D was formed on the surface of the skin, and therefore subject to being washed off before absorption. The authors wrote, “There is definitive evidence that the secretions from the skin contains precursors of vitamin D, which after irradiation are to be reabsorbed by the body, and the removal of which tends to produce a dearth of the vitamin unless it is supplied in some other form.”

Some sources recommend that people wait on a shower for 48 hours after sun exposure, while others say washing away vitamin D is just a myth. In any case, get outside to get your vitamin D production going!

If you live in an area that doesn’t get enough direct sunlight, you’ll need to get your vitamin D from sources of fresh, healthy food. These include:

In addition to eating foods high in vitamin D, it’s important to keep your body at a healthy weight. When you’re overweight, fat cells extract vitamin D from the blood cells, altering their release during circulation. If you have a body mass index (BMI) of 30 or higher, your body isn’t getting the vitamin D it deserves.