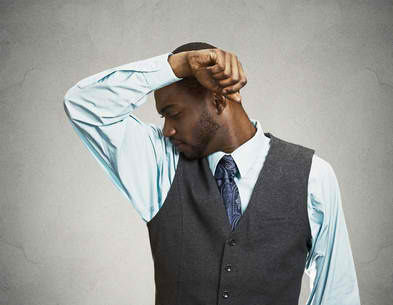 We give little thought to the hundreds of chemicals contained in these products, as they accomplish an important function: making us smell fresh and clean.

However, a small-scale study performed at the University of Ghent in Belgium has uncovered preliminary evidence that antiperspirants which contain aluminum may actually be contributing to an increase in the type of underarm bacteria which leads to strong body odors.

For their study, which was led by PhD student Chris Callewaert, eight individuals who regularly used deodorants or antiperspirants were asked to avoid them for one month. Additionally, one individual who did not regularly use these products was asked to use deodorant for a month, for the sake of comparison. The researchers sampled the armpit bacteria of the volunteers before and after the study.

Upon analyzing the results, the researchers found that using antiperspirant correlated to higher concentrations of Actinobacteria, which is known to trigger strong body odor. The study authors wrote, “antiperspirant usage led toward an increase of Actinobacteria, which is an unfavorable situation with respect to body odor development. These initial results show that axillary cosmetics modify the microbial community and can stimulate odor-producing bacteria.”

Callewaert hypothesizes that it is the aluminum found in antiperspirants that is to blame, and states that these compounds may actually be destroying beneficial bacteria in the armpit environment. While this study was small and more research is needed, this evidence suggests that antiperspirants may be doing more harm than good.

Potentially destroying good bacteria and promoting odor-causing bacteria is only one of the pitfalls of filling our pores with aluminum. As we reported in an earlier article, aluminum is associated with an increased risk of breast cancer, as well as with seizures, kidney problems, bone formation disorders and Alzheimer’s disease. Even deodorants that do not contain aluminum are a dangerous proposition, as these products contain a wide array of chemical additives.

Commenting on the study results, Callewaert states, “the measures we utilize today do not take away the initial source: the odor causing bacteria. Deodorants only mask unpleasant odors. We can do better than that. The follow up of this research is finding better solutions.” 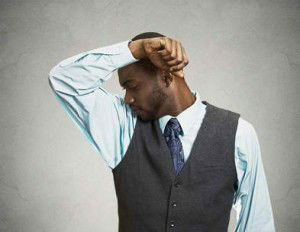 Often, the true culprit behind an unpleasant body odor is the foods which we put into our bodies. A nutritious, toxicity-free diet can go far in improving your overall aroma. For underarm alternatives safer and healthier than the aluminum and chemical-filled products on drugstore shelves, check out our recipes for easy, natural homemade deodorants.