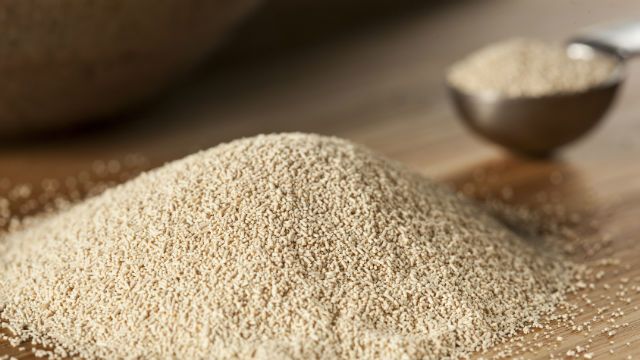 In the ongoing struggle to avoid GMOs and their potentially negative impact on our health and the environment, there is at least one product you may not have considered: Baker’s yeast, the common type of yeast used as a leavening agent in baking bread and other bakery type foods.

While the current GMO debate has focused on the health impact of genetically engineered foods made to resist pests and disease or to improve taste or texture, GreenMedInfo reports that our food supply may already be accidentally contaminated with GMOs that were designed for other purposes.

These “accidental GMOs” have been linked to all types of metabolic diseases that lead to some of the skyrocketing health problems today, like obesity, immune and autoimmune problems, type 2 diabetes and inflammation in the gut.

GM Baker’s yeast is used by drug companies to make the peptide hormone insulin and other medications – and, there are a number of new developments involving its use in creating synthetically engineered flavors and fragrances.

Despite the company’s efforts to avoid releasing GM yeast into the environment, the organization has reported a number of accidental spills over the years, and air emissions from its fermentation and recovery plants also have been found to contain GMOs.

Novo Nordisk, not surprisingly, said that there is nothing to worry about in regard to GMOs entering the environment. It performs its own environmental disaster management and assessment and explained:

“Very few accidental releases have actually occurred. We conduct investigations for GMOs in the environment around the factories on a regular basis, and we have never found any GMOs.

Based on many years of experience it is our assessment that our genetically modified cells do not survive in nature. The cells are very weak and not fit to survive in the environment with scarce nutrients and competition from naturally occurring microorganisms.”

But with no third party verification required, it’s hard to be certain as to whether or not the GM yeast cells and their spores have not become established in the environment or the food chain – and what those effects might be. There are no regulations against using Baker’s yeast for non-food commercial purposes.

The concern is the possibility that the yeast produces insulin, getting into the intestines of humans and producing insulin in the gut. If this happens, it could cause hyperinsulinemia, with symptoms that include type 2 diabetes and obesity.

At this point, it is unknown as to just how much GM yeast would be needed to cause a problem, but GreenMedInfo questions whether or not this could be a cause of the skyrocketing obesity and type 2 diabetes epidemic around the globe.

The publication also asks whether or not the growing concern about the inflammatory consequences of consuming foods that contain gluten could actually be related to GM yeast contamination.

Individuals with a gluten sensitivity may develop joint aches, mood swings, digestive problems, brain fatigue, headaches and other issues which can all be explained by hypoglycemia, or low blood sugar, which results from an excessive amount of insulin.

What can you do as an individual about this growing problem?

Arm yourself with knowledge about the issue, like you’re doing now. Contact your legislators and let them know how you feel about GMOs, and purchase organic whenever possible.

Talking to others and letting them know the truth about genetic engineering can also help spread the word about how risky it is to be playing with our future, our environment and our food supply.