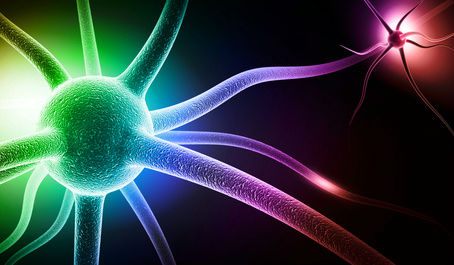 Preventable and non-communicable diseases, such as diabetes, account for more deaths worldwide than all other causes of death combined.

The idea that Alzheimer’s is a type of diabetes is not a particularly new thought – researchers have been tossing the idea around since 2005, and the connection between poor diet and Alzheimer’s is becoming quite convincing.

Researchers say that new information indicates that cutting soda, donuts and other processed foods out of your diet may not only protect your heart but also keep your brain from unraveling.

Most people are familiar with type 1 and type 2 diabetes. Simplistically, type 1 is thought of as the type you are born with and type 2 is known as the type that you “get.” For some time, type 2 was thought of as “adult onset,” until kids started getting it. Today type 2 diabetes accounts for 95% of all diabetes and is being increasingly diagnosed in children as young as age 4.

In September 2012, New Scientist did a cover story entitled “Food for Thought: What You Eat May Be Killing Your Brain.” Although it may seem like a lot to grasp for some, the concept of another type of diabetes caused by poor dietary habits is backed by sound science.

In people without diabetes, insulin is released to assist the cells that need to capture blood sugar for energy. However, cells can only take in so much glucose; what there is not room for is stored as glycogen and when that store is full – it is stored as fat. It is important to understand that blood sugar does not come just from sugar but from all kinds of carbohydrates, especially easily digested ones.

Insulin is necessary to keep blood vessels that supply the brain healthy and encourage neurons in the the body’s thinking center to become stronger. Low levels of insulin promote diminished brain function.

The immune system destroys the insulin-producing cells in the pancreas in type 1 diabetics. About 10 percent of all diabetics have type 1. Type 2 diabetes is environmental and is prevalent in populations where processed food is over-consumed. Almost 1/3 of all Americans have type 2 diabetes, or are what is known as pre-diabetic (that is, they are right on the edge of developing type 2).

Heart disease remains the number one killer in our country and is a common complication of diabetes. As the cells in the brain become insulin resistant, you begin to lose memory and become disoriented. It is even possible to lose some of your personality in the process. This is what happens with people suffering from Alzheimers.

What is happening in the brain?

Alois Alzheimer, a neuropathologist who lived over 100 years ago, identified a strange form of a protein that appeared to take the place of normal brain cells. How this protein, known as amyloid plaque, got into the brain was a mystery.

What is starting to surface, with intense scientific study, is that a lack of insulin, or even insulin resistance, impairs cognitive function and is implicated in the mysterious plaque formation.

Because Alzheimer’s appears to be connected to low levels of brain insulin, it is now being referred to as diabetes of the brain, or type 3 diabetes.

It is already known that people who have diabetes are twice as likely as those that do not to get Alzheimers. While diabetes may not “cause” Alzheimers, both conditions have the same root – an over-consumption of foods that mess with the brain’s insulin. Genetics may have an effect on susceptibility, but clearly sugar and over-processed foods seem to be a trigger.

The sad fact is that type 2 diabetes has tripled in the last 40 years in America and if the rate of Alzheimers also continues to rise with it, a large majority of Americans will have both failing bodies and brains.

Over 5 million Americans now have Alzheimers and more than 115 million new cases of the mind altering condition are expected in the next 40 years. Presently, over $200 billion is spent on Alzheimer’s and dementia-related conditions, and $150 billion is spent on obesity-related illnesses. These numbers will also likely rise as more people are diagnosed and obesity continues at epidemic rates.

It is becoming increasingly more obvious that Alzheimer’s is not a condition that one gets by chance. Eating a clean diet and living a healthy lifestyle appears to be the best form of defense at this point.

We all have to eat, why not give your body and your brain a fighting chance by making wise choices?