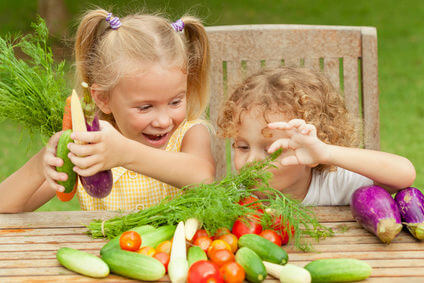 More and more frightening research about childhood obesity continues to come to light. According to the Centers for Disease Control and Prevention, the childhood obesity rate is twice what it was 30 years ago, and is currently estimated at 17 percent. Now is the time for America to do everything in its power to stop the numbers from rising any higher.

The American Heart Association states that about 5 percent of children and adolescents in the United States are considered ‘severely obese.’ Severe obesity is defined as a body mass index (BMI) at least 20 percent higher than 95 percent of other children of the same gender and age, in children over the age of 2.

Severe obesity puts children at a higher risk of type 2 diabetes, heart disease, high blood pressure, high cholesterol and early atherosclerosis – a condition characterized by clogged arteries. Especially for younger children who are severely obese, the future of their health looks grim unless the problem is expeditiously reversed.

Researchers have also been noticing an increasing number of children suffering from fatty liver disease. This condition, which was once thought to be exclusive to adult alcoholics, affects about one in ten U.S. children, studiesestimate. Although fatty liver is not solely caused by obesity, approximately 40 percent of obese children are afflicted.

Fatty liver disease is characterized by the liver becoming bloated and discolored by fat cells. The primary worry concerning this disease is the possible progression into nonalcoholic steatohepatitis (NASH). With this progression, the liver becomes inflamed and cell damage occurs. The end stage of NASH is cirrhosis, in which the liver forms scar tissue, and eventually shuts down.

Experts estimate that about 10 percent of people with fatty liver disease go on to develop NASH, and another 15 to 20 percent will eventually get cirrhosis, which is irreversible. Miriam Vos, a pediatrics professor at Emory University School of Medicine, says, “this is just really worrisome to have this number of children who have a disease this severe.”

We know the problem is bad, but what can we do about it? One study  published in the journal Pediatrics in 2010 found that preschool-age children who lived in households where they got adequate sleep, ate meals together as a family, and had limited television viewing had 40 percent less obesity rates than households that did not observe these practices.

Setting a healthy example at home is imperative. Cooking healthy meals, and teaching children to do the same, and maintaining an active lifestyle as a family can set kids on the right track towards good health throughout their lives. Not allowing processed foods, and teaching kids the dangers of fast foods from an early age, can also make a huge difference.

Childhood obesity threatens the quality of life of about 7 million children in this country. Now is the time for each of us to pay attention, and do whatever we can to put a stop to this epidemic – which is highly preventable in most cases.