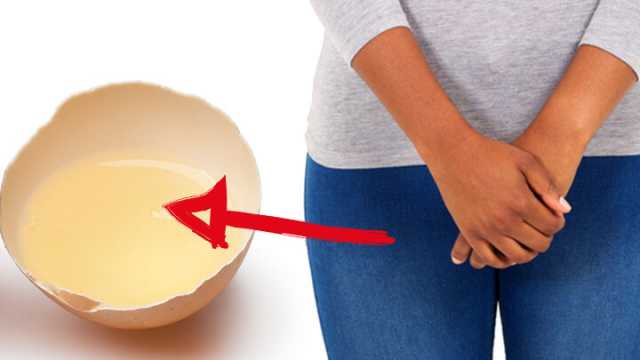 Why on earth would anyone put egg whites on their lady parts? Well, it seems there could be two reasons — beauty and fertility. But is this legit, or just another crazy internet hoax? And what are the benefits or ramifications of this unconventional treatment? Before we go “down under,” let’s first break a few eggs and separate fact from fiction.

Most have heard of an egg white facial, but what about an egg white facial for your vagina? In our continual quest for youth and beauty, it’s really no surprise that some women may want to firm, plump and beautify their nether regions. According to Lisa Palmer, a self-professed cougar and British dating coach, the perfect solution for women who suffer from a dry, wrinkly and sagging vagina is a do-it-yourself vagina facial. Palmer appeared on a segment of ITV’s “This Morning” and performed three vagina facials or “vagacials” on live TV. Her recipe includes mixing about one tablespoon each of coconut oil, vitamin E cream, honey and egg whites. She says the recipe can restore the youth back into aging vaginas.

Although there are no scholarly studies to back this claim, Palmer said she used a trial and error method before coming up with the perfect “vagacial.” But first, Palmer suggests steaming your privates with a handheld facial steamer. That makes sense, since steaming is often the first step in a traditional facial. As a licensed esthetician, I can verify that steam relaxes, adds moisture, promotes blood flow and allows products to better absorb into the skin. Palmer says better blood flow can even lead to better sex.

Is adding egg whites to your ‘vagacial’ a good idea?

So, for those women with stretched, shriveled or sagging vaginas, a “vagacial” might be just what the doctor ordered. Although, I’m fairly confident that no doctor has ever prescribed a “vagacial,” since there is no real scientific proof (as of yet) that these actually do work to plump and perfect the vagina.

Here’s what we do know. Egg whites can be beneficial to the skin because they contain collagen and protein, which help improve and maintain skin elasticity. But, it’s important to note that the collagen found in egg white cannot penetrate deep into the skin, according to The Dermatology Review. Therefore, the effect will most likely be temporary. Still, Palmer tells Mail Online that her once-neglected vagina looks and feels the best it has in years — thanks to her egg white “vagacials.”

You don’t have to look hard to see the similarity between egg whites and cervical fluid or mucus. But is that similarity enough to suggest that egg whites could be used on (or rather in) the vagina to aid fertility? It is common for a woman to experience some occasional vaginal dryness, says Heather Rodriguez, the founder and president of Natural Fertility Info. But if it continues throughout childbearing years, then that could affect your chances of conceiving.

Fertile cervical mucus is produced by the cervix as ovulation approaches. Without cervical mucus, the sperm cannot swim freely through the cervix. When a woman is close to ovulation, there’s generally an increase in cervical mucous. In addition, mucus texture should move from “wet” to a more pliable, stretchy, egg white-like mucus.

Using egg whites as a lubricant for fertility purposes most likely came about after a 1990 study revealed that hen’s egg whites were used in place of human cervical mucus. Researchers at the Division of Gynaecological Endocrinology at the Women’s Hospital in Heidelberg found that when fresh human cervical mucus was not available, hen’s egg whites could be used as a medium to test in-vitro sperm. However, this research was for the purpose of testing sperm’s functionality. Egg whites were not placed into the vagina. So, there’s no concrete science that backs egg whites as a means of optimizing the sperm’s ability to reach an egg during ovulation.

Is it even safe to use egg whites “down under?”

Fresh raw eggs, whether clean or in uncracked shells, may contain Salmonella bacteria. This bacteria causes 79,000 cases of illness and 30 deaths each year, according to the U.S. Food and Drug Administration. Salmonella can lead to diarrhea, fever and abdominal cramps. Symptoms may last up to seven days, says the Centers for Disease Control and Prevention (CDC). The bottom line is, if a chicken is infected with salmonella, it’s usually present in the eggs as well. Spreading egg whites on your vagina could ultimately spread bacteria into your vagina and onto your hands. However, you could avoid salmonella altogether by using pasteurized egg whites, suggests foodsafety.gov.

In the end, the choice to put egg whites down under is really up to you. Whether you’re looking for a natural and inexpensive way to rejuvenate your vagina, or a little help propelling sperm, there’s really no harm in trying these unconventional treatments. Just make sure to avoid salmonella by using pasteurized egg whites only. Additionally, it’s important to note that putting anything onto your private parts could lead to infection. And that could mean a trip to the doctor for antibiotics (and explanation). Lastly, as mentioned above, there’s no concrete science to back either of these claims. But if you’re adventurous type, then go for it!