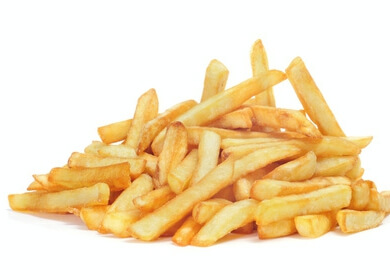 Many fast food eateries have been touting their so-called healthier options after promising to make nutritional improvements in the food they serve, but unfortunately, they’ve failed to come through. While they have increased the use of the term “healthy” on their menus, simply labeling food as such doesn’t make it so.

Over the past decade or so, a study published in the American Journal of Preventive Medicine found that while the use of the word “healthy” increased by 86 percent, the nutritional quality of fast food meals improved just 3 percent between 1997 and 2010.

The only thing these establishments are improving is their marketing strategy designed to fool the American public into thinking they’re actually eating something that is good for them.

The study did highlight the fact that “some chains have made positive changes,” however, this included McDonald’s decision to add apple slices to its Happy Meals.

Of course, their apples are not organic, and surprise – guess which tops the list of the “Dirty Dozen,” foods that should be eaten organic due to contaminants? Apples. According to the Environmental Working Group’s latest report, they found 98 percent of apples contained pesticides with 93 percent containing two or more of these harmful toxins.

While many people turn to fast food because it’s considered cheap and filling, consider that it may not be such a bargain when it ultimately leads to a host of health problems and potentially massive medical bills. 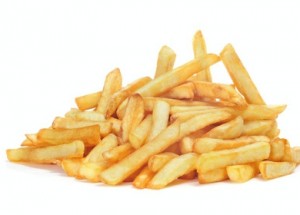 Many fast foods contain trans fat, one of the worst things that you can put into your body. They should be avoided like the plague as they could lead to a host of health problems including:

The only way these fast food chains will stop serving such unhealthy meals, is when consumers stop purchasing them and demand something better!