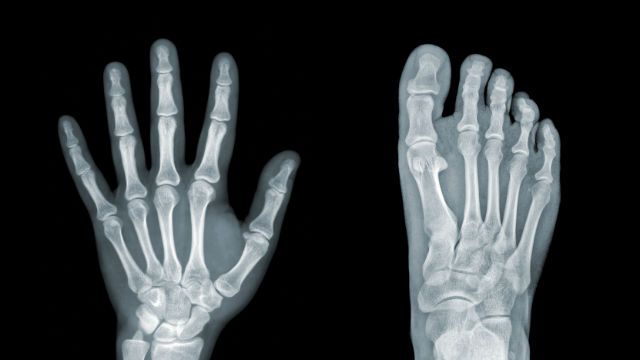 Many of us are all-too-familiar with the types of fat that are visible from the outside of the human body, including the dreaded and dangerous belly fat, which besides being unsightly can coat vital organs and raise our risk of disease. However, scientists are now starting to research a much less understood type of fat: bone fat.

The term “bone fat” refers to the fat content of bone marrow, the tissue found within our bones. Bone marrow is home to a variety of cells, including blood and immune cells. It also has fat content, which can vary in concentration over time, and may be altered by lifestyle factors.

According to Dr. Maya Styner of the University of North Carolina School of Medicine, who led a new study examining the bone marrow fat content of mice with different diets and exercise habits, much is still unknown about bone fat and how it differs from the fat in other parts of our bodies. She says, “this is a new field. We don’t know exactly how it’s produced or why it’s there to begin with. There are a lot of unanswered questions.”

Dr. Styner notes that research has observed that more bone fat is produced by mesenchymal stem cells within the bone as a person ages, and it is hypothesized that this increased production of bone fat is a factor in older people’s susceptibility to bone fractures.

To test lifestyle habits independent of the aging process on bone fat, she and her colleagues use a new type of imaging technique to observe the bones of mice exposed to various conditions.

In one experiment, the researchers found that mice who were allowed to exercise all day showed significant decreases in bone fat, while sedentary mice showed no changes in bone fat content during the study.

Additionally, the research team tested the effects of rosiglitazone, a common diabetes drug that is known to increase bone fracture risk, on the mice. They found that the drug caused notable increases in their bone marrow fat content. However, when the mice on the drug exercised, the drug did not cause as dramatic of an increase in bone fat.

An earlier study, published in 2013 in the journal Radiology, analyzed the bone fat content of over 100 obese adults (between the ages of 19 and 45) with no other health issues, and found that the individuals with higher levels of muscle and liver fat also had higher levels of bone marrow fat. The researchers concluded that high levels of fat in the bone marrow increased an individual’s risk of bone fracture.

Lead author Dr. Miriam Bredella summarizes, “bone marrow fat makes bones weak. If you have a spine that’s filled with fat, it’s not going to be as strong.”

Dr. Styner states that the next step in her and her colleagues’ research will be to test the effects of smaller amounts of exercise on bone fat. She says, “mice are natural runners. 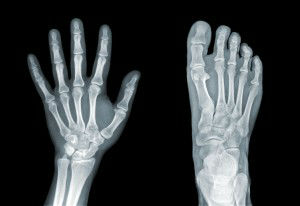 We let these mice run as much as they wanted, and they ran all day. Now, we’d like to study the effect of less exercise. For instance, for us, could a two-mile walk every day decrease bone marrow fat over time?”

While much is still waiting to be discovered regarding bone fat, this study highlights that the positive effects of exercise are not to be underestimated – including the health of our bones!