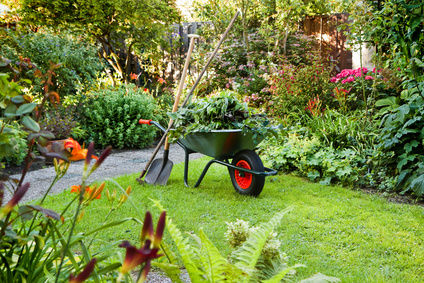 It is well known that being among nature has significant healing properties. The more natural our surroundings, our food and our lifestyles are, the happier we generally feel.

A study performed at the Norwegian University of Life Sciences found that the acts of planting seeds and tending to plants have their healing effects, as well. Researchers found that immersion in horticulture had significant effects as far as alleviating depression.

For the study, Norwegian researchers focused on a group of clinically depressed adults, who they enrolled in a therapeutic horticulture program for twelve weeks. The researchers measured the depression levels and “perceived attentional capacity” of the volunteers using the Beck Depression Inventory (BDI) and Attentional Function Index (AFI) before, twice during, and immediately after the program.

The researchers noted that the most significant changes in scores happened in the first weeks after the horticulture program began, and was most drastic in the volunteers that reported that they were interested in and attentive to the program.

The simple interaction with nature that the volunteers experienced while exploring horticulture may also have contributed greatly to the easement of their depression symptoms.

It follows from this study that gardening could potentially help relieve all sorts of mental roadblocks, including stress, anxiety, discouragement and feelings of being ‘stuck.’ If you have been feeling down, and have space in your backyard, consider starting a garden. You will get the benefits of home-grown fruits and veggies as well as the therapeutic effects.

If you are in a smaller space, you could still tend plants in a window box. You can grow fruits and vegetables in these, or flowers if you prefer. The Japanese art of Bonsai is

another great way to explore the benefits of horticulture in your home.

Gardening, and horticulture of all types can truly help get you in touch with the beauty of the earth, and also to rediscover the beauty within yourself.