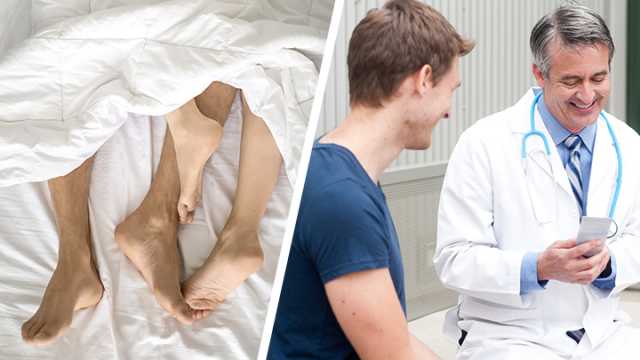 Prostate health is a sensitive issue for most men. The gland plays a very important role in the production of semen. Therefore, it is intimately tied to masculinity. However, prostate disorders are exceedingly common in older males. Indeed, half of all men over fifty suffer from enlarged prostates, which can lead to frequent and painful urination. In addition, prostate cancer is the third most common cancer among males in the United States.

Diet, exercise and regular medical checkups are among the most effective ways of maintaining prostate health. However, a new study suggests that there is another activity men can do to keep their prostates in good order. According to research conducted by Harvard University’s Jennifer R. Rider, which was published in the journal European Urology, high levels of sexual activity appear to reduce the risk of getting prostate cancer.

The study looked at at the sexual behaviors of nearly 32,000 men. In sum, it found that higher rates of ejaculation were associated with significantly lower rates of prostate tumors. The study’s authors concluded:

“We found that men reporting higher compared to lower ejaculatory frequency in adulthood were less likely to be subsequently diagnosed with prostate cancer. This large prospective study provides the strongest evidence to date of a beneficial role of ejaculation in the prevention of prostate cancer.”

How many ejaculations per month?

A panel of physicians discussing the findings on Ultimate Health summed up the research by saying that, “Twenty-one ejaculations or more per month can protect you (males) from prostate cancer.”

Of course, there are other risk factors men need to be aware of too:

According to Dr. James Balch, diet is one of the most important considerations when it comes to prostate wellness. As he puts it, “If a man wants to stay out of the operating room and avoid cancer of the prostate, he needs to go full blast to avoid the high-fat junk foods and environmental toxins that contribute to prostate problems and to start a wise nutritional program that includes the basic supplements that affect the prostate.”

There’s little men can do when it comes to their genes. However, the scientific evidence indicates that there is a lot they can do to keep their prostates healthy. Vigorous sexual activity — absent other risky behaviors — appears to be one preventive measure.

Here are some other tips and suggestions for better prostate health:

Researchers still don’t know for sure why frequent ejaculations protect the prostate. However, some scientists speculate that the activity may help flush toxins from a man’s system. In any event, men who ejaculate more than 21 times a month appear to have a 33 percent lower risk of getting prostate cancer. That’s medical news that should be pleasing to a lot of males.