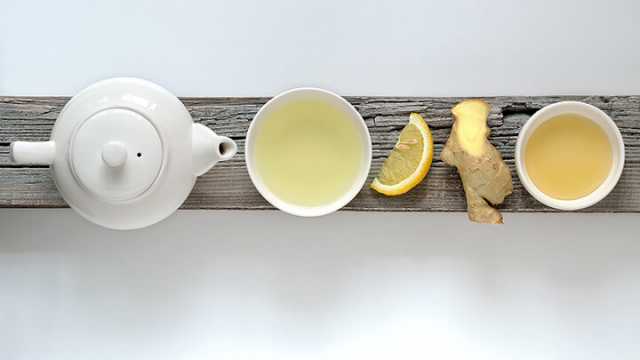 Everyone has their morning routine, and mine goes something like this: I wake-up just before 6 a.m. each day, before putting the kettle on. As it heats on the stove top, I review my emails and plan my day. After I have my first black coffee, I switch to green tea with fresh ginger. I absolutely love this root — how can you not?

Aside from ginger’s taste, it also contains powerful health-boosting properties — something which I have long studied to help my Oma reduce painful symptoms of rheumatoid arthritis. Although the benefits of ginger are vast, I’m particularly interested in its effect on gut health.

Could your health use a little boost? If so, stock up on some fresh ginger. Whether you’d like to target your own pain or simply improve your overall well-being, these five ginger tonics will help you do just that.

A tonic is meant to enhance feelings of positive well-being. But how do you make one? If you have never made a tonic before, you will enjoy experimenting with different combinations to create a wide range of natural remedies. Whether you’re trying to reduce acid reflux or normalize your blood sugar, tonics will do the trick naturally. They’re also a great way to reduce your reliance on both prescription and over-the-counter medications.

Not only is ginger healthy, it’s cost-effective as well. Although you can most certainly purchase plenty of fresh ginger for a reasonable price, you may also grow this health-boosting root in a pot, along with these other fresh produce items. For those who do not have a garden space, this provides the perfect opportunity to grow your own food.

Article: 4 Ways To Add More Ginger To Your Diet

The more you work with this ingredient, the more inclined you’ll be to consume it on a regular basis. Once you have a healthy supply of ginger, it’ll be time to start chopping and mixing. Try one of these five easy-to-make, health-promoting tonics today. 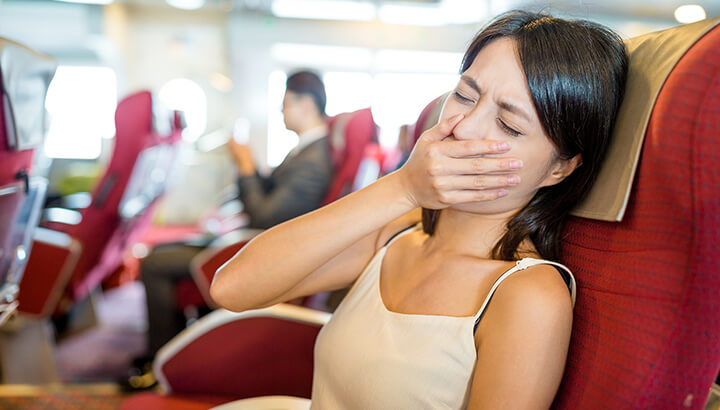 Throughout history, ginger has been used in both Indian and Asian herbal traditions. Treating nausea and symptoms of an upset stomach for more than 2,000 years, this root is well-known for its ability to soothe an upset stomach. In fact, ginger has long been used to treat motion sickness, especially among sailors.

Using naturally sourced ginger has been an effective remedy for many individuals throughout previous research, including those who are undergoing chemotherapy and those who are pregnant. Within one study, published in the Journal of Alternative and Complementary Medicine, researchers observed 67 pregnant women who were suffering from nausea and vomiting.

One group of women received ginger capsules for four days, while the other group received a placebo within the same prescription form. Those who took the ginger capsule displayed a greater rate of improvement, as well as a greater decrease in vomiting times (50 percent versus nine percent within the control group).

After boiling the ginger in water, simmer for an additional four minutes. Remove from heat and strain into a mug before adding fresh peppermint, another natural nausea remedy. Allow to sit for two to three minutes — enjoy!

Inflammation has been linked to a wide range of health complications, including asthma, arthritis, Crohn’s disease and diabetes. In fact, inflammation within the body is at the root of most diseases, including heart disease and cancer. Fortunately, we have a choice in terms of the foods we eat, helping to either reduce or fuel inflammation.

Just as sugar is known to promote inflammatory responses, anti-inflammatory foods, such as ginger and raw honey, can help reduce both chronic and acute inflammation. As mentioned, I began researching the effects of ginger long ago in order to reduce my Oma’s reliance on medications that essentially make her body toxic.

Within one exciting study, published in Arthritis and Rheumatism, researchers found that ginger was an effective remedy for symptoms of osteoarthritis. While studying 247 patients, those who were given a concentrated ginger extract experienced reduced pain and stiffness in knee joints by 40 percent, in comparison to the placebo group. Researchers concluded that ginger extract may one day substitute NSAIDs.

Add lemon juice, turmeric and ginger to fresh coconut water, stirring in 1 tsp of raw honey. Although it is best prepared fresh, you can store this mixture in your fridge for one to two weeks. 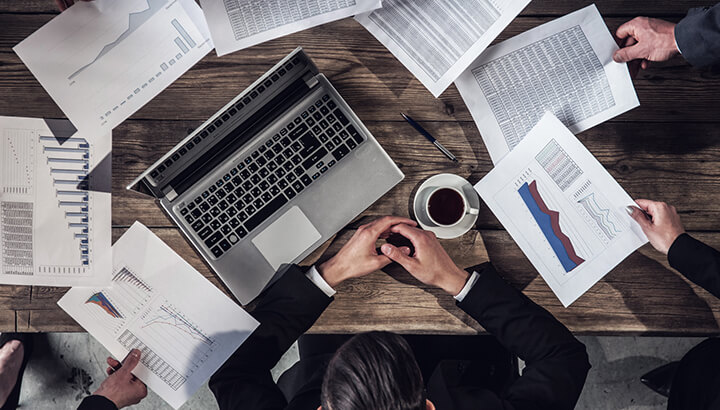 We are under far too much psychological stress. As a consequence, our physical health pays the price. Chronic stress levels are creating a number of serious health issues, including increased blood pressure and heart disease. Stressed out and want to do something about it? You can!

First of all, you’ll need to consistently practice effective stress management techniques — like meditation and mindfulness. Luckily, based on the options we have within our diet, there are also foods that can directly influence how you feel, both mentally and physically.

As you’d expect, ginger is one of these potent foods, helping address symptoms of anxiety and overwhelming levels of stress. Once again, the component known as gingerol is highly beneficial, acting as a potent antioxidant. This means that when consuming ginger on a regular basis, you can help counteract the harmful chemicals our bodies produce when we’re stressed.

Within one study, researchers examined the link between ginger and anxiety. They found that ginger was able to influence serotonin receptors, essentially reducing symptoms of anxiety. It was also shown that the intestine absorbs two groups of antioxidants, shogaols and gingerols, protecting the brain against free radical damage.

Combine equal amounts of ginger, lemon balm and German chamomile. Steep these ingredients in hot water for eight to 10 minutes, covering the mug so that beneficial essential oils do not escape. Strain and enjoy.

Over nine percent of American adults now live with diabetes. Unfortunately, those numbers continue to rise. Although diabetes can be tough to live with, imbalanced blood sugar is just the beginning for those who do not actively improve their health, as diabetics increase their risk of a heart attack, stroke and cancer.

For years, researchers have tested a range of natural compounds, looking for a way to effectively treat diabetic patients and, hopefully, one day cure this condition. Whether you currently have diabetes or would simply like to improve your health, ginger has now been shown to better control fluctuating blood sugar levels.

Within one study, all of the participants had been living with type 2 diabetes for a minimum of ten years. Each day, these individuals were either given a placebo or a one-gram capsule of ginger powder. After eight weeks, those who took the ginger experienced a significant decrease in blood sugar.

Researchers aren’t exactly sure how ginger works to lower blood sugar, but they believe it may involve a specific enzyme. When consuming ginger, you inhibit this enzyme known as hepatic phosphorylase, which normally breaks down glycogen, or stored glucose. For those who take blood thinners, please speak with your doctor before trying this tonic.

Combine ginger with the cinnamon stick. Boil for two to three minutes, allowing to steep until cool. Drink two to three times daily. 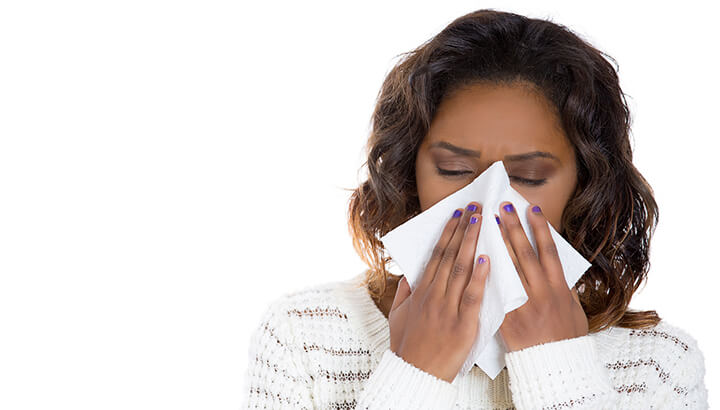 More and more people are taking a proactive approach when it comes to their health, reducing their risk of health complications before they have a chance to develop. If you are someone who would like to enhance your immune system, a ginger tonic is a great place to start.

There’s a reason why ginger has long been used to prevent cold and flu infections — it works. Within many countries, ginger is the go-to remedy when aiming to promote the immune system. Based on its active components, ginger has been shown to inhibit the production of pro-inflammatory cytokines.

From improved brain health to a reduced risk of cancer, ginger actively works with your body’s immune system, potentially preventing neurodegenerative diseases and tumor growth. Within one study, it was found that ginger may be capable of inhibiting some forms of cancer, including ovarian.

When ingesting ginger, this root promotes non-toxic benefits that activate immune function, preventing the development of cancer cells. Since ginger is also able to cleanse the lymphatic system, you can actively prevent the accumulation of toxins in your body, which are what make you more susceptible to an infection.

I saved the best recipe for last. Remember, this tonic is meant to heal your body, not be a hit at your next dinner party. It will taste strong, but the benefits are well worth it.

Fill a jar around 3/4 of the way with ingredients, then top with apple cider vinegar. Let the mixture sit for two weeks in a dark closet before straining. Take an ounce of this tonic, twice daily.

Nature has a solution

There you have it, some easy and effective ginger tonic recipes to help you reach your health goals. No matter what ailment you are suffering from, it’s important to look to nature for a solution. Not only are there hundreds of natural remedies out there that work, they will not increase your risk of adverse effects.

Whenever you’re purchasing ginger, look for pieces that have smooth skin and are fairly heavy. More importantly, avoid ginger that is soft or wrinkled. If you often make morning smoothies, ginger is an ingredient that’s easy to add, yet significantly increases the nutritional value of your morning snack.