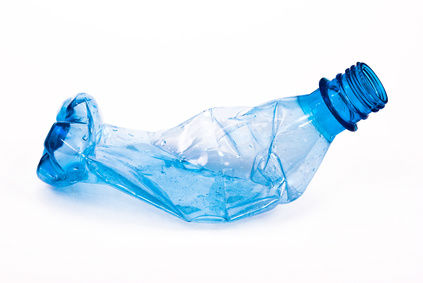 As part of their fall 2013 referendum, students at Harvard University voted against the sale and distribution of plastic water bottles on campus. The vote against water bottles was a significant majority: 64 percent of the students who voted wanted water bottles gone.

Harvard administrators are not required to go along with the majority vote, however, the student government has stated that it will be lobbying administrators to join the cause and expects them to comply.

Water bottles are a huge issue for the environment, in the form of landfill waste as well as air pollution. According to the Natural Resources Defense Council (NRDC), only an estimated 13 percent of water bottles in the US are recycled. NRDC statistics state that in 2005 alone, about two million tons of plastic water bottles were thrown into landfills.

The NRDC also states that the shipment of water bottles from around the world into the United States creates “thousands of tons of global warming pollution and other air pollution” each year. Many brands of bottled water are produced overseas.

In addition to environmental pollution, bottled water carries certain potential risks to human health. Some bottles still contain bisphenol A (BPA), which has been linked to disrupting the endocrine system. The NRDC reports that phthalates, chemicals found in some of the plastics used, can seep into the water over time. Phthalates have also been linked to hormone disruption.

Finally, the NRDC states that approximately 25 percent or more of the various brands of bottled waters are nothing more than tap water – expensive and environmentally costly tap water.

To replace bottled water on campus, Harvard students propose filtered water stations, which use reverse osmosis and charcoal filtration, across campus where reusable containers can be refilled.

The fight against bottled water is not unique to Harvard. More than 90 universities and colleges across the US have some type of ban or restriction on bottled water.

Switching to water filtration systems and reusable containers is a simple, cost-effective and practical way to put an end to a great deal of environmental strain, and may help us avoid a host of potential health problems. Bravo to Harvard students for taking a stand on this important issue.