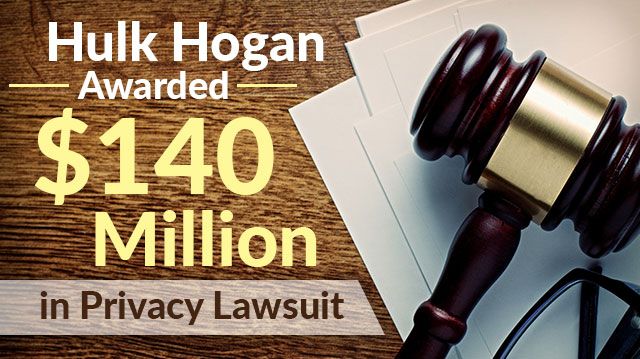 Celebrities live their lives in the public eye, but that doesn’t mean that they no longer have a right to privacy. Yesterday, a Florida jury reinforced the idea that celebrities are people too when they tacked millions more on to the privacy lawsuit brought before the court by retired wrestler Hulk Hogan.

So far, the wrestler-turned-reality television star is to be awarded around $140 million by Gawker Media and some of its employees for publishing part of a sex tape featuring Hogan. Gawker, for its part, cited fair use as justification for the invasion of Hogan’s privacy, the notion that copyright doesn’t apply when materials are cited by the press.

The jury clearly disagreed. Here’s a rundown of everything that happened and why it’s a win for privacy and for humanity.

Hulk Hogan vs. Gawker and Bubba the Love Sponge

In 2006, Hulk Hogan — known as Terry Gene Bollea when not in character as a wrestler — and Heather Clem got down and dirty. The encounter was filmed by Clem’s husband, a shock jock DJ known as Bubba the Love Sponge. Apparently Hogan and both Clems consented to the sexual arrangement — to each their own, right? — but the video was a different story. According to Hogan, and a later statement made by Bubba, the former wrestler didn’t know he was being recorded.

How Hogan remembered the tryst with Heather Clem years later is anyone’s guess, but when the media began talking about the existence of a sex tape in March 2012, no doubt Hogan was displeased. A former employee of Bubba the Love Sponge shopped to the media access to the DVD of Bubba’s wife and Hogan getting it on. Gawker took the bait.

To put it in perspective, even the notorious gossip site TMZ wouldn’t post the video, and they’re not known for discretion. Quite the contrary.

In October 2012, a one-minute, 40-second montage of the 30-minute video was released on Gawker’s site, along with an over 1,400-word summary of the tape written by former Gawker editor A.J. Daulerio. On October 15, 2012, Hogan struck back. The former wrestler filed two lawsuits: one against Bubba and Heather Clem and another against Gawker for defamation and invasion of privacy.

Bubba and Hogan settled on October 29, 2012. Bubba even released a statement saying that Hogan didn’t know about recording devices in the bedroom. Separately, Gawker Media fought back. The company claimed that since Hogan has made his sex life a matter of public interest, even bragging about it in public, Gawker had every right to publish the sex tape and the commentary.

More than just a sex tape

On December 21, 2012, a district court judge sided with Gawker, stating that “… the balance between the First Amendment and copyright is preserved, in part by the doctrine of fair use.”

According to Stanford University’s Law Library, fair use is “any copying of copyrighted material done for a limited and ‘transformative’ purpose, such as to comment upon, criticize, or parody a copyrighted work.” The copying party doesn’t have to ask permission of the copyright owner or even with his or her knowledge before copying a part of the larger work. It’s used as a defense against a copyright infringement claim.

Fair use has a purposefully vague definition when it comes to the “transformative” use of copyrighted material and most of it falls under two categories: commentary and criticism, or parody.

Consider, for instance, the recording artist “Weird Al” Yankovic. He regularly parodies hit songs, selling his own comedic versions. As parody, he can copy the tune as long as he changes the lyrics and is clearly poking fun at the work, not trying to recreate it. (Side note: Weird Al seeks permission from artists out of respect, though it isn’t strictly necessary for him to do so.)

Fair use thus allows the media to quote a few lines from a book, medical report, movie, song or other copyrighted work. Gawker claims it was doing just that by publishing snippets of the video and a written summary.

In April 2013, a circuit judge ordered Gawker to remove both the video and Daulerio’s summary from the website. The media company followed the order to remove the video, but the written summary was left live on the site. Gawker Media founder Nick Denton spoke out against the lawsuit and the damage it could do to the company and the industry at large, but a jury sided with Hogan this month, awarding the former wrestler around $140 million in damages.

What does this mean for media? 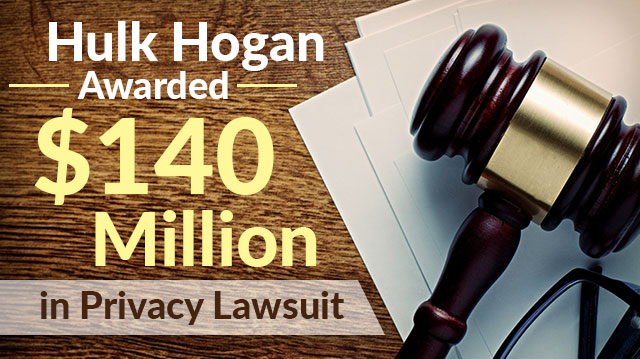 In short, the lawsuit is a warning to media outlets. Just because a celebrity talks about his or her sex life doesn’t entitle the public to parts of their private life, including sex tapes.

As Jacob Kastrenakes of The Verge writes, “This initial lawsuit doesn’t set any precedent, but there’s already concern that its high damages—against both Gawker and specific employees—could scare news outlets that wish to publish controversial material.”

Freedom of speech and freedom of the press are powerful and incredibly important rights, but so is the right to privacy. Leaking a sex tape just because a celebrity talks about sex is like blaming a woman wearing a miniskirt for getting raped. And really, isn’t releasing a sex tape without the knowledge and permission of its participants just another form of slut shaming?

It doesn’t matter if you agree with what Hogan and the Clems did; it’s their business and shouldn’t have been in the public eye. We have to draw the line somewhere, and it looks like the Florida jury did just that.

We haven’t heard the last of this case, though. Gawker is revved up to appeal the case, holding fast to their First Amendment right to publish commentary on Hogan’s sex life. It should be interesting to see how things evolve from here.