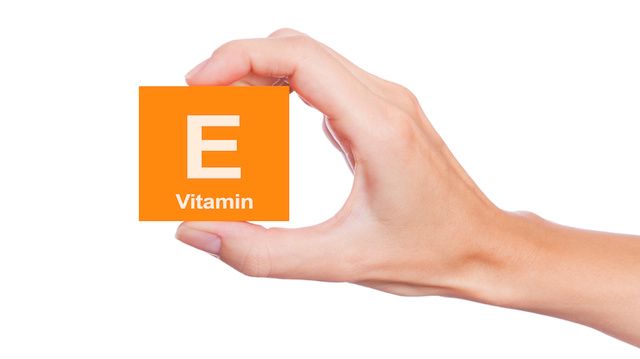 One of the biggest threats to the human immune system comes from oxidative stress. News-medical.net defines oxidative stress as, “essentially an imbalance between the production of free radicals and the ability of the body to counteract or detoxify their harmful effects through neutralization by antioxidants.”

How the battle begins
Once your body is invaded by foreign pathogens or viruses, a special class of immune cell, or T cells as they are properly called, kick into gear and begin to reproduce quickly. These little guys comprise the army of your immune system, and they wage the war over whether or not you end up sick.

Unfortunately, it can take about a week before the T cells start to do much damage to an invading pathogen because when there are fewer T cells it takes time for them to identify an “enemy” pathogen to target.

It is only after an invading enemy has been identified that the scouting cells will start dividing and multiplying. Even then, it can take up to twelve hours for cells to divide. So it will require a few days before the T cell army is big enough to do serious damage to the infection.

Immune cells require an enzyme Gpx4 in order to repair themselves. Gpx4 is the enzyme that repairs oxidative stress damage to the cell membrane. Without Gpx4, the T cells end up dying when they divide, instead of growing in number. At that point, they cannot fight off infection, and it may turn into a chronic condition.

Genetically altered mice prove effectiveness
For purposes of the study, the research team led by Manfred Kopf, a professor at ETH, Zurich’s Institute of Molecular Health Sciences, experimented on mice who lacked the repair enzyme Gpx4. Researchers found they were able to save the immune cells of the mice by mixing the animals food with large doses of vitamin E.

It took a dose of 500 mg per kg of mouse food to protect the T cell membranes and allow them to multiply successfully. That quantity is ten times more than the normal amount present in the food.

The mice they used for the study had a Gpx4 gene that could be deactivated for purposes of the test. The mice were genetically altered by researchers at Helmholtz Zentrum Munchen, the German Research Center for Environmental Health. Researchers from ETH altered the mice further so that the gene was able to be inactive in T cells.

“Our work shows that even a genetic defect in a major part of a cell’s antioxidative machinery can be compensated for by delivering a high dose of vitamin E. That is new and surprising,” said Kopf.

The findings of this research also showed that immune cells can die off in the same manner as some cancer cells do when they are exposed to cytostatic drugs. This type of cell death, also called ferroptosis, was first explained scientifically in 2012.

“We are the first to demonstrate that oxidative stress causes immune cells to suffer the same type of death as cancer cells,” points out Kopf.

Impact on human health
In the meantime, researchers are not sure how the findings of the study may impact current schools of thought on human health and wellness. In people with a normally functioning immune system, a vitamin supplement is probably unnecessary. On the other hand, oxidative stress can occur at any time from a number of factors; therefore, a vitamin E supplement might prove beneficial.

“The benefit of vitamin tablets is a controversial topic,” says Kopf. As he explained it, there is not a lot of supportive scientific evidence at this point to argue in favor of supplements. That is one of the reasons he felt the findings of this study were so important in proving the effectiveness of vitamin E and its effects on immune system cells.

Without question, some people are more at risk than others. It would seem a supplemental antioxidant might benefit patients with diabetes or neurodegenerative diseases that are known to suffer great amounts of oxidative damage. The difficulty is in determining a proper amount. Since the study was done on mice, not people, more research is needed.

Other health benefits of vitamin E
Studies have shown that vitamin E can play a role in delaying or preventing coronary heart disease. It also plays a part in preventing blood clot formation that could result in a heart attack.

Because of its antioxidant nutrients, vitamin E has been thought to possibly help in fighting cancer. Both by protecting cells from damage by free radicals, but also by blocking carcinogenic nitrosamines from forming.

As a topical medication, pure vitamin E oil can be used to help assist the skin in the healing process from sunburns, scarring, wrinkles, acne, and even as an anti-aging treatment. Vitamin E oil helps the skin to seal in its natural moisture and look healthier.

According to the Mayo Clinic website, experts recommend a once a day dose of 800 IU of vitamin E for people with the non-alcoholic fatty liver disease if they are not diabetic. They say there is also some scientific evidence that indicates vitamin E may be beneficial to children who suffer from liver disease. 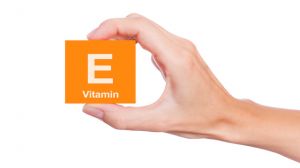 According to Dr. Joseph Mercola, D.O., vitamin E has also shown potential for, “helping to delay loss of cognitive function, such as planning and organizing, in Alzheimer’s patients.” He refers to a study in which synthetic vitamin E substances were used but urged that the benefits would have been greater if a natural form had been applied instead. The study he refers to can be found here.

Dr. Mercola also makes a valid argument for why vitamin E is always best when it is obtained naturally from food sources rather than synthetic supplements. As he points out, “If you eat certain wholesome foods, all eight of the different vitamin E compounds are naturally available…” However, “When it comes to synthetic vitamin E supplement, only one of the eight compounds is available (alpha-tocopherol). The other seven compounds are not typically available in a chemically-derived form… ”

Too often, people want a quick fix and may buy the cheapest supplement available on the market rather than spending time to make wise food choices. As Mercola explains, “One of my main concerns is, to save time, you might simply go out and buy the least expensive one you can find. There’s nothing wrong with trying to save money, but the risk with ‘cheap’ supplements is that you are frequently better off not taking any supplement at all. Cheap supplements may compromise your health.”

Natural sources of vitamin E
There are ways to boost your vitamin E levels without taking supplements. The best source of vitamins is always from the foods they naturally occur in. Listed below are some great food sources of vitamin E:
· Leafy green vegetables such as spinach, kale, Swiss chard, turnip greens, asparagus, mustard greens
· Nuts and seeds, such as almonds, peanuts, and sunflower seeds
· Olive oil and olives
· Fortified gluten-free cereals
· Eggs
· Vegetables like broccoli, bell peppers, tomatoes, avocados, carrots, green beans, leeks, and chili peppers
· Fruits such as cranberries, kiwifruit, and raspberries

Cautions
While vitamin E brings a range of health benefits, there are some adverse effects you should take into consideration.
· When topically applied to the skin vitamin E can cause skin irritation.
· Overdoses of oral vitamin E supplements has been known to cause headache, nausea, fatigue, and bleeding.
· Before taking vitamin E supplements, you should check with your doctor if it might interfere with any other medications you are already taking. Particularly, people on blood thinning medication should not take vitamin E without first consulting a physician.