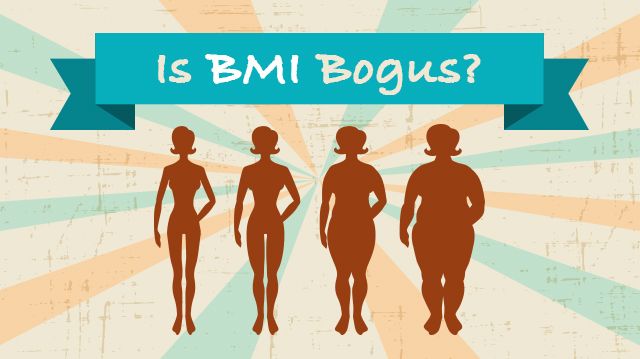 As a nation ironically plagued by both obesity and vanity, America has a certain fascination with quantifying weight gain and loss. Data provided by the National Institute of Diabetes and Digestive and Kidney Diseases suggests that more than two in three American adults are overweight and more than one in three are obese.

These classifications, while very concerning, are determined based on a system known as the body mass index (BMI), which continues to be widely used by health practitioners to provide a standardized measurement of body fat. However, a growing body of research is beginning to undermine the purported accuracy of the BMI, with scientists providing evidence to suggest that it may be misleading the health industry.

BMI was originally devised to provide an easy, universal method of measuring obesity. Using the body mass index, health practitioners can estimate the concentration of body fat a given person carries based on weight and height. According to the Centers of Disease Control and Prevention, BMI “provides a reliable indicator of body fatness for most people and is used to screen for weight categories that may lead to health problems.”

By taking your body weight and dividing it by your height (in inches), the BMI categorizes a person into one of five groups. A person with a BMI of less than 18.5 is considered underweight. Those who have a BMI of between 18.5 and 25 are classified as “normal,” while those with a BMI over 25 can fall within either the “overweight” (25 to 30), “obese” (30 to 40) or “morbidly obese” (over 40) categories. It’s that simple.

BMI has been around for over two centuries, but it wasn’t until 1972 that it gained widespread popularity in the health and medicine communities. A study published in the Journal of Chronic Diseases in July 1972 stated that BMI was the best available proxy for body-fat percentage among ratios of weight and height. From this point on, population-based scientific studies primarily used the BMI to predict the likelihood of various diseases.

A rapidly expanding body of research following this revelation in 1972 began to support the theory that people with higher BMIs were more likely to be at risk of a range of health complications. One review in particular showed that significant increases in BMI were strongly associated with increased risk of cancer, while others demonstrated that people who fell within the overweight or obese categories were associated with increased risk of dying prematurely. Conversely, several studies showed that being classified as “underweight” by the BMI system also put people at risk of premature death.

So what’s wrong with the body mass index? Well, for starters, it was primarily designed for the study of large populations. It has far less accuracy when applied to individuals, as it typically fails to take into account other health markers of the individual.

For example, BMI calculations exclude considerations of age, gender, frame size, muscle mass and fat distribution. Subcutaneous fat, which essentially relates to fat located under the skin, does not appear to have a strong correlation to disease, whereas visceral fat (fat located in and around your organs) does have strong links to disease. For this reason, someone can pass a BMI test with flying colors and be classified as “normal,” however they may have high visceral fat content and therefore have a high risk of diabetes and heart disease. By the same token, someone who is classified as “overweight” by BMI but has minimal visceral fat would be sent away from an examination with the impression that their health is in jeopardy when they’re actually much better off than the person who was considered a normal weight.

In addition, scientific opponents to BMI have emphasised the fact that BMI doesn’t distinguish between bone, fat and muscle. Both bone and muscle are denser and far heavier than fat, and for this reason can cause more muscular individuals with higher bone density, such as athletes or bodybuilders, to fall within the overweight category, regardless of their fat content. Take NFL running backs, for example. Generally speaking, these guys are in seriously good shape, sporting six-packs, impressively low body fat and strong, healthy bones. Under the BMI system, these people would often be considered obese, which by conventional wisdom would be completely misleading.

While health specialists and researchers are still working to come up with a foolproof way to accurately measure body fat, there are a number of alternatives that are still considerably better than BMI.

One alternative is direct body fat measurement. In general, a person’s health is almost always better when body fat percentages are lower, therefore simply measuring straight body fat can provide a much more accurate determination of health than BMI, which for some strange reason incorporates height into the calculation, thereby convoluting the result.

Another alternative is waist-to-hip circumference, which recognizes that people with fat distributed around the abdomen are at a much higher risk of heart disease and diabetes than those who have slimmer waistlines. This system places more emphasis on improving your muscle-to-fat ratio, rather than just losing weight as advocated by the BMI, which can actually damage your health in some instances.

Either way, the next time your doctor suggests you undertake a BMI examination to give an indication of your health, ask them to consider other health factors or suggest they use one of the alternatives given above. It may just make the difference in determining whether or not you’re at risk of disease.

Regardless of the various measurements being used out there, you know that fighting the fat is an important step toward reaching optimum health. Find out how promoting healthy gut bacteria can do some of the hard work for you.