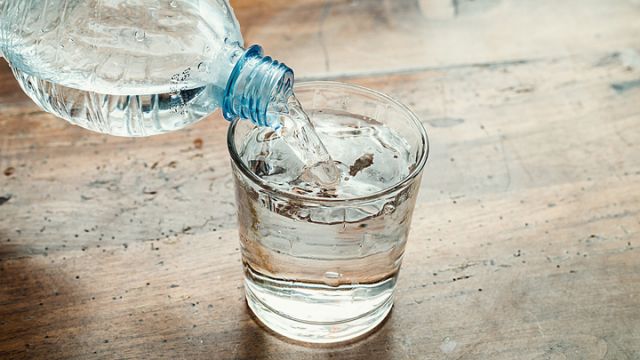 Recent years have seen a steady increase in claims, both from the mainstream media and scientific literature, about a growing presence of estrogenic compounds in both our tap water and waterways. After hearing about these claims, you’ve probably wondered whether they have any merit, and what you should do about it. Well, let’s take a look at the facts and find out.

Ongoing scientific research of fish populations in various areas of the United States suggests that increasing estrogenic compounds in our waterways are a very real thing. In 2003, scientists discovered that traces of synthetic estrogen (i.e., derived from human sources) in Washington state’s rivers had significantly reduced the fertility of male fish.

The following year, research in Colorado revealed that a species of white sucker fish were growing female sex organs and eggs, on account of considerably higher than normal concentrations of estrogen in the water. The bad news didn’t stop there: the Colorado research team found that not only did 50 percent of the male fish have female reproductive organs, there were five times as many females and the entire population was sterile. Seriously bad news for that particular species, and, by extension, bad news for many other species which live in and around those waterways.

From there, research into estrogenic compounds in natural watercourses and water bodies proliferated, with increasing evidence proving that human-introduced pollutants were elevating levels of estrogen in the water and causing all kinds of ecological impacts. It has now been suggested that a shocking 80 percent of all American rivers have been contaminated with synthetic estrogen, and perhaps even more shocking are the statistics relating to bottled mineral water (yes, the kind you pay more for in stores and assume is better for you!).

What about bottled water?

In one study, scientists analyzed 20 different brands of mineral water available in Germany. They found that 12 of the 20 brands (60 percent) had estrogen contamination. While it’s important to note that estrogen contamination was less common in glass-bottled mineral water than plastic bottles (33 percent versus 78 percent, respectively), the results are compelling: there’s a good chance you’re drinking estrogen.

And the problem doesn’t just lie with bottled water. In 2008, the U.S. Geological Survey (USGS) tested water in nine states throughout the country and found that 85 man-made chemicals, estrogen included, were commonly making it through municipal water treatment systems and ending up in your tap water.

While the USGS considered these chemicals to be so diluted as to not pose any health concerns to the general public, many experts believe otherwise. Many studies have shown that even minute concentrations of estrogen can significantly impact fish, frogs and other aquatic species. They have also shown these same diluted concentrations of estrogen to have an effect on humans.

Estrogen’s impact on our bodies

You might be asking what impact elevated estrogen might be having on our bodies, considering it is a naturally-occurring hormone vital for many functions. Well, for starters, elevating estrogen beyond normal levels in our bodies can result in dry skin, low libido, mood swings, insomnia, weight gain, fatigue and thyroid problems. In women, excessive estrogen can cause menstrual complications, infertility, miscarriage and breast cancer. In men, elevated estrogen can result in prostate problems, breast development, hair loss and impotence. Clearly, it’s not something to be taken lightly.

Sources of estrogen in our water are multiple and varied, but almost all of them are as a result of human activities. Activities most associated with estrogenic contamination of water include artificial contraceptives, such as the pill and hormone replacement therapy. Women excrete these artificial hormones via urine into the municipal wastewater treatment system, which can then introduce them into waterways and our drinking water.

But these aren’t the only sources of estrogen in our water. Other estrogen-introducing human activities include conventional meat and dairy farming, which injects animals with hormones that are then excreted into the environment, plastics with BPA and other estrogenic compounds, artificial scents used in cosmetics, pharmaceuticals, and things like nasty fake candles, pesticides, herbicides, paints, solvents and fossil fuel emissions. All things which, incidentally, we should avoid anyway for health reasons.

How to avoid artificial estrogen

Now the big question: how do you avoid drinking this harmful artificial estrogen?

Unfortunately, it’s not as easy as you might think. As things stand in the United States, there has been some research into municipal water treatment systems which remove the estrogen in drinking water, however, it doesn’t seem to have gotten far beyond the research phase. Thus, your best hope is to find a powerful home water filtration system.

And I’m not just talking about your run of the mill water filter. Research shows that typical carbon filters are incapable of removing certain bacteria and hormones, and therefore estrogen is unlikely to get removed from your water by these filters. Reverse osmosis filtration systems show some promise in removing estrogenic compounds from water, however, they do have certain drawbacks, such as the fact that they remove literally everything from your water, rendering it essentially “dead” and devoid of beneficial minerals which the human body needs to function efficiently.

Do your research, and think long and hard about those poor confused fish in that Colorado waterway before you buy plastics, cosmetics or hormone-raised meat. The only way we can really alleviate this problem is by removing the sources of artificial estrogen in the first place.

Worried about the hormonal imbalance in your body? If you are (and you should be!), here’s 10 foods you might want avoid.