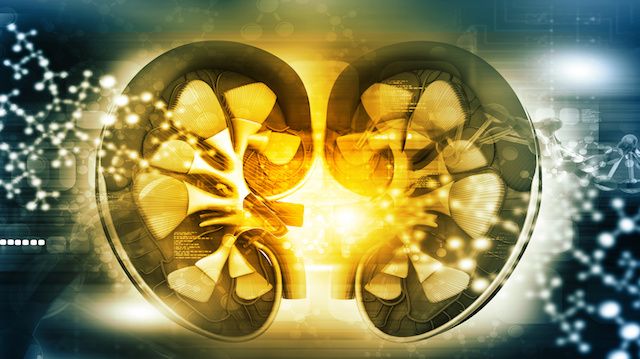 Glenn Calderbank of West Berlin, New Jersey, was browsing Craigslist one day, looking to purchase a few marble slabs for a project. Fast-forward nearly six months and Calderbank, 49, is now preparing to donate one of his kidneys to Nina Saria, a Craigslist stranger-turned-friend. Over the summer, while browsing for those marble slabs on Craigslist, Calderbank stumbled upon a “kidney wanted” ad.

Nina Saria’s husband posted the ad on Craigslist in hopes of finding someone, anyone, who could help his wife. When Calderbank came across the ad, he realized it was the opportunity to give back that he’d been waiting for. “It kind of hit home for me,” Calderbank told CNN. There were similarities between Saria’s story and Calderbank’s own experiences that he just couldn’t ignore.

Roughly 15 years prior to seeing Saria’s “kidney wanted” ad, Calderbank posted a similar ad in the classifieds of a local newspaper. His wife, Jessica, was struggling with kidney disease at the time, but Calderbank was not a donor match. “I felt like no one was doing anything beyond putting her on a list,” Calderbank told CNN.

Jessica eventually received a kidney transplant, but sadly, complications ensued and she passed away in 2011 after a long fight with kidney disease and diabetes. The loss of his wife left an empty space in his heart. Although Calderbank subsequently remarried, he always felt the urge to give back.

In September 2014, Nina Saria was in pain and went to the emergency room. “It just felt like a muscle ache,” she told CNN. In a blink of an eye, Nina Saria was diagnosed with end-stage renal failure, according to Nina’s husband. Her kidneys had been failing and she had no clue. Her diagnosis was grim and she began dialysis immediately.

After Calderbank saw the ad on Craigslist, he replied, “There is no way I saw your ad by accident.” The news of Calderbank’s offer filled Nina with joy, despite the odds that he wouldn’t be a match as an organ donor.

Incredibly, Calderbank was cleared to move forward as a donor. He had the chance not only to offer a gift of life to Nina Saria, but also to honor his late wife Jessica.

Other risk factors associated with chronic kidney disease are cardiovascular disease, high cholesterol and obesity, all of which are preventable in most cases. A healthy lifestyle can significantly decrease your chances of developing kidney disease. Here are a few tips:

Drink a lot of water. Water assists your kidneys in dumping your body’s toxins. Shoot for 10 glasses per day. 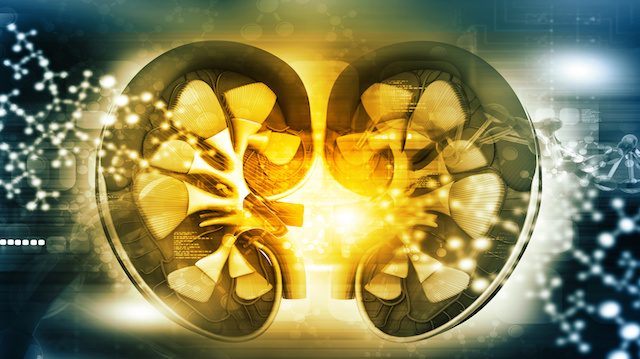 If you gotta go, you gotta go. Don’t ignore your need to urinate. This may stretch your bladder and possibly impact kidney function.

Eat healthy foods. Asparagus, fish, garlic, watermelon, oranges, and lemons are all excellent fruits and vegetables for happy kidneys, and a happy you.

Get rid of soda! According to the National Kidney Foundation, drinking two or more diet sodas per day can contribute to a decline in kidney function.

Say no to alcohol and smoking. Research has shown that both excessive alcohol consumption and smoking can be damaging to kidney health and are contributing factors in the formation of kidney stones.

Become more physically active. Getting your 150 minutes of moderate exercise per week, recommended by the American Heart Association, may decrease your risk for a variety of chronic illnesses.