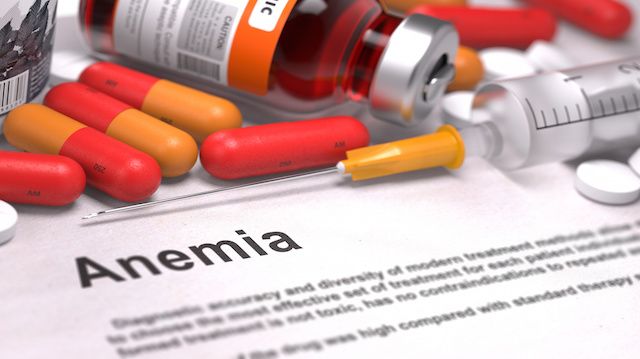 If you’re constantly feeling tired and lacking energy, losing hair, or have unhealthy nails, you or your doctor might suspect anemia. The common “solution” is to take an iron supplement — but is this really fixing the problem?

Some holistic healthcare practitioners suggest that the one-size-fits-all prescription of iron supplementation might actually make things worse. This is because anemia is a very complex and poorly understood problem. Even within the medical community there are conflicting definitions of what, exactly, anemia means.

Although there can be many underlying mechanisms and conditions, the state of anemia means that molecules called hemoglobin are not able to properly deliver oxygen to the cells of the body. When cells, tissues and organs are oxygen-deprived, it’s no surprise that we feel tired, depleted and lethargic.

The four underlying causes of anemia

If your body is not producing enough red blood cells, any of these conditions may be at play.

Anemia can also occur if red blood cells are being broken down when they shouldn’t be. This is referred to as hemolytic anemia, which could be caused by sickle cell anemia or a deficiency of the enzyme glucose-6-phosphate dehydrogenase (G6PD). Generally people with red blood cell breakdown conditions have a yellow or orange tone to the skin, known as jaundice. Another hallmark of this type of anemia is higher levels of the enzyme lactate dehydrogenase.

Although blood loss from an injury can result in anemia, this type of anemia is more commonly caused by menstrual disorders or internal gastrointestinal bleeding (due to an inflammatory bowel condition or ulcers).

Finally, an anemic state can be caused by dilution of the blood. This can happen if you consume or retain too much salt or fluid. It could also be the result of a number of illnesses or a side effect of medication.

Pregnancy anemia – is it a myth?

Many women are told they have become anemic during pregnancy. This is likely due to a natural expansion of blood volume in the second and third trimester, a phenomenon called hypervolemia. As the blood volume expands to accommodate the growing baby, the concentration of hemoglobin becomes lower, which is considered healthy and normal during pregnancy.

Therefore, the reflexive action of taking an iron supplement for anemia could actually be harmful. For example, in the case of anemia caused by infection and inflammation, adding iron may provide fuel to the pathogen (the virus, bacteria or parasite) that is behind the infection.

If nutritional deficiencies are suspected to be the cause of anemia, these can be confirmed through various lab tests done by a holistic practitioner. Examples include a complete blood count, an iron panel, a serum B12 test and an organic acids urine panel.

Short of performing all of these tests, if high quality iron supplements (such as the highly absorbable iron chelate) have not corrected the anemic condition, it’s safe to assume there is something else at play. 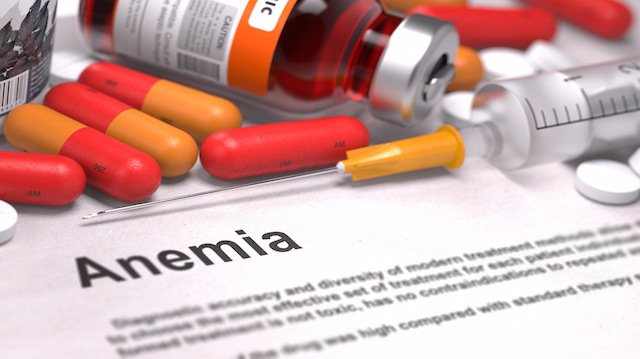 Poor digestion is a common underlying cause of anemia. Stomach acid is essential for extracting iron from food. Even when stomach acid production is running at 100 percent (which is rare in today’s population), only about 10 percent of the iron content of food will be absorbed.

Poor digestion may also influence the absorption of vitamin B12 which is required to build red blood cells. Those who suffer inflammatory gut and bowel issues, imbalance of intestinal bacteria and/or low stomach acid production often suffer vitamin B12 deficiencies. One of the primary ways that we get vitamin B12 is through the processes completed by helpful bacteria living in the digestive system. Considering the influence of stomach acid and gut flora, it’s easy to see why digestive discomforts frequently go hand in hand with an iron problem.

Other factors to consider include autoimmune disease – disorders in which the immune system attacks the body’s own tissues – and parasitic infection. Pernicious anemia is an autoimmune disease in which the intestinal cells that allow the absorption of B12 have come under attack. In tapeworm infection, the parasite consumes at least 80 percent of the host’s vitamin B12.

While consulting a knowledgeable holistic health practitioner with your personal concerns, you may also follow some general guidelines to move away from anemia.

Along the same line, reduce foods that may be causing inflammation or an autoimmune response for you specifically. We discussed above how chronic inflammation and autoimmune diseases can contribute to anemia. This must be considered on an individual basis, but some potential problem foods include wheat and grains, conventional dairy, nightshade vegetables, soy, corn and eggs. Cruciferous vegetables can also be harmful for some people (but are very healthy for most!).

Improve your stomach acid production and gut bacteria balance. The first step here is to (safely) cease the use of medications which reduce stomach acid or impair gut bacteria. Antacid-type drugs and antibiotics are two of the obvious ones. Stomach acid production can be augmented using raw apple cider vinegar or betaine HCL supplementation. Improving gut bacteria is critical in order to absorb all of the nutrients involved in anemia prevention, including iron, folate and B vitamins. Eating prebiotic fiber-rich foods can feed good bacteria, and consuming cultured and fermented foods can add to their population.

Increase the consumption of nutrient-dense foods, such as pastured meats and organs, eggs, broth, colorful vegetables and fruit, and nuts. Although grains and legumes contain lots of minerals and are often recommended in mainstream literature, their nutrition is not readily accessible for use by the body. They may even block the absorption of nutrients and cause inflammation in the gut.

While anemia is clearly a complex issue, we can explore the many possible causes and thoughtfully apply holistic strategies as we remedy the condition.