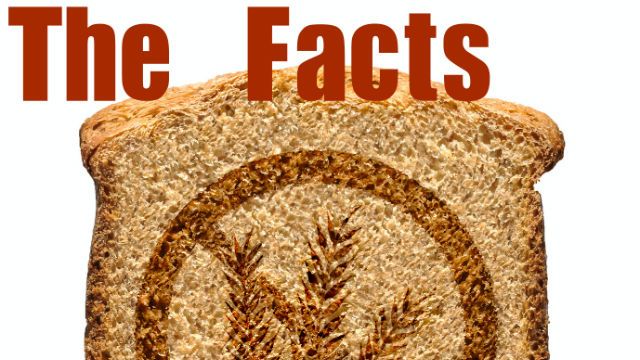 With gluten sensitivities and intolerance on the rise, gluten has become a very popular topic in recent years, but many people don’t really know a lot about it other than it’s something that some have decided to eliminate from their diet.

Gluten is not an ingredient per se, but a naturally occurring protein composite found primarily in wheat, rye and barley, as well as some types of oats. It consists of gliadin and glutenin; gliadin is one of the proteins that forms gluten. A test is available that will check for anti-gliadin antibodies if gluten hypersensitivity or celiac disease is suspected. In people with celiac, gliadin triggers an immune response.

Rates of celiac disease are said to be 100 times higher than they were a century ago, and gluten sensitivity, which means one doesn’t test positive for celiac but still suffers problems when consuming gluten, is thought to affect about seven percent of the population.

According to Dr. Arthur Agatston, MD, author of “The South Beach Diet Gluten Solution” and “South Beach Diet Gluten Solution Cookbook,” if you have any health problems you haven’t been able to resolve, it’s worth avoiding gluten for 30 days to see if it makes a difference. Gluten has numerous, and varied, impacts on the immune system. He says that he’s had patients with all types of conditions from asthma and heartburn to psoriasis, neurological problems and general brain fog that have discovered their issues are resolved after they avoid gluten.

The reason behind this, the doctor says, is all due to your gut. He explains: “When you digest gluten, your body breaks it down into various amino acids that are then absorbed by your small intestine. But if you aren’t digesting gluten properly, or are just partially digesting it, some of the original strands of gluten protein can seep through your small intestine’s barrier and work their way into your system. Your body then develops antibodies to this foreign material, causing all sorts of acute and chronic health problems, ranging from diarrhea to rheumatoid arthritis, iron-deficiency anemia, and thyroid problems.”

The overuse of antibiotics, painkillers and preservatives may be contributing to the increase in gluten sensitivity

The overuse of antibiotics is changing our gut flora and increasing gluten sensitivity. It’s already known to kill off friendly gut bacteria that help to boost the immune system – without sufficient good bacteria in the small intestine the body may not be able to produce enough enzymes to help break down gluten protein, resulting in gluten sensitivity.

Nonsteroidal anti-inflammatory painkillers like ibuprofen can also damage gut bacteria. Preservatives, which were designed to kill bacteria that can cause food to spoil may also be killing off those friendly bacteria.

Just because a product is labeled “gluten-free” doesn’t mean that it’s healthy. In fact, some people who eliminate gluten from their diet end up gaining weight because they’re consuming packaged gluten-free foods that are processed and contain sugar, sodium and often high-glycemic refined ingredients such as white rice flour or fillers that can affect blood sugar levels and cause cravings.

Dr. Agatston notes, “The original gluten-free foods were made for celiac patients, who tend to be malnourished because they aren’t absorbing nutrients in their small intestine. If they have a few extra calories, it won’t hurt.”

You may not need to completely avoid it 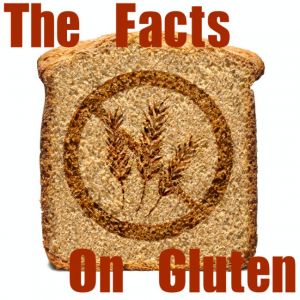 For the one percent of the population who has celiac disease, avoiding gluten is essential – in fact, it can be a matter of life and death, causing problems ranging from chronic diarrhea and abdominal cramping to osteoporosis and even the risk of some cancers.

For everyone else, you may not need to avoid it 100% of the time. Eliminating it for 30 days and then gradually reintroducing it may be the best way to assess your own body’s response and determine the appropriate threshold. Let your body be your guide – if you have a health condition that returns after consuming it, that may be enough motivation to go completely gluten free.

Cutting back is probably a good idea

As gluten has only been a recent addition to our diets, the significant increase in gluten intake, with many products made with refined wheat flour, we’re only just starting to understand the impact of gluten on our health. Many people are in a state of “gluten overload,” which can cause a host of unpleasant symptoms like headaches, joint pains, stomach pain, skin rashes, fatigue, insomnia, difficulty concentrating, bloating and more.