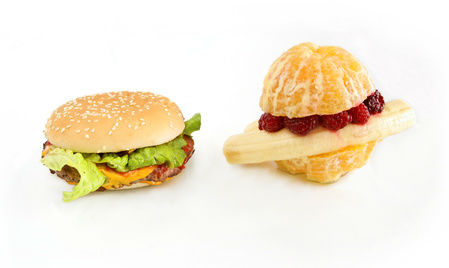 McDonald’s may have thought it was doing a good thing for employees when it started an Employee Resource Website, managed by a third-party vendor. However, after several “blunders,” and a viral report of a site post making suggestions for employees to forego fast food for healthier fare, the site has now been taken down.

A graphic on the site showed a meal made up of a cheeseburger, fries and a drink with a caption that read “unhealthy choice.” Right next to this picture was a picture of a sub, a salad and a glass of water with the caption “healthier choice.”

The site’s healthy eating advice told employees that they should skip extras such as cheese, bacon and mayo – staples on the McDonald’s menu. Consumption of hamburgers, fries and sodas were warned against due to the fact that they may lead to obesity.

Most McDonald’s franchises offer employees deep discounts for their “unhealthy” food and allow them only a short amount of time to eat – leaving few options. However, the resource site said: “It is hard to eat a healthy diet when you eat at fast-food restaurants often. Eat places that offer a variety of salads, vegetables and soup.”

This website mishap was not the first one on the site, which earlier had suggested a budget-planning guide for employees that was ridiculed as being entirely unrealistic. The budget did not even include money for food or gasoline. There was also a line for a “second income,” which some took to mean it was impossible to live on a McDonald’s salary alone.

On another occasion, the resource line was cited for providing employees with suggestions as to what they should tip a pool cleaner, nanny and housekeeper! This is interesting advice to give a group of people who, according to the University of California-Berkeley Labor Center and the University of Illinois, are most likely struggling to make ends meet. In fact, in October they noted that 52% of families of fast food workers receive some kind of assistance, such as food stamps, Medicaid or Temporary Assistance for Needy Families.

Certainly, there has been a rise in the number of employee-sponsored help and resource sites and programs in the past decade, especially those dedicated to health. When done right, these sites offer valuable resources for those looking to embrace a healthier lifestyle. While McDonald’s seems to have struggled with their site, others are getting it right.

It really is in a company’s best interest to care about the health of its workers. In the end, healthier workers means less time lost for illness and presumably higher productivity. It has also been demonstrated that healthier workers are happier workers, and that says a lot for the overall atmosphere at the job site. Happy workers are a lot easier to manage than unhappy workers.

Some companies even offer incentives to employees who meet health standards – free health coaching, reimbursement for gym memberships and even cash or gift cards for adopting a healthier lifestyle.

A 2008 national survey conducted by Harris Interactive found that 91 percent of employers thought that they could reduce the cost of health care by influencing employees to adopt a healthier lifestyle.

If leading by example is one way that companies can help influence their employees to make wiser choices when it comes to health, it may be time for a McDonald’s menu makeover!