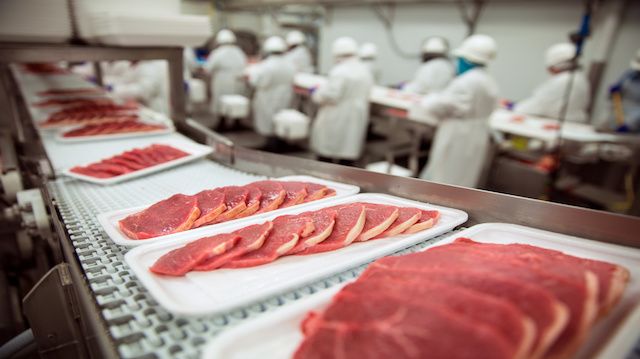 Most of us are aware of the horrors that factory farming inflicts on animals. We’ve also reported on the many dangers of eating processed meats. However, something that we haven’t focused on as much is the environmental impact of factory farming and the processing of meat products.

According to a new report issued by Environment America, a coalition of advocacy groups in the United States:

“Corporate agribusiness is emerging as one of the biggest threats to America’s waterways — contributing to dead zones from the Chesapeake Bay to the Gulf of Mexico and even threatening our drinking water.”

Included in Environment America’s report was a list of the 15 top water polluters, by volume, in this country. Six of these polluters are in the food processing business. The top polluter? Tyson Foods, Inc.

Tyson Foods, known primarily for its chicken products, processes approximately 73 million pounds of poultry, pork and beef each week. Yes, you read that right, each week.

In their report, Environment America writes:

“Tyson Foods Inc. and its subsidiaries dumped 104 million pounds of pollutants into waterways from 2010 to 2014.”

“The company’s pollution footprint includes manure from its contract growers’ factory farm operations, fertilizer runoff from grain grown to feed the livestock it brings to market as meat, and waste from its processing plants.”

To put the extraordinary amount of pollution produced by Tyson Foods into perspective, consider that, by volume, this company produced more water pollution than the U.S. Department of Defense, Koch Industries, Inc., and ExxonMobil.

ExxonMobil, which discharged 15.3 millions pounds of toxic materials into the water between 2010 and 2014 (no laughing matter in itself), actually holds the fifteenth spot on the list of offenders. Food processing companies Cargill, Perdue Farms, and McCain Foods held higher spots. Cargill alone released 50.4 million pounds of waste into America’s waters during the same period. 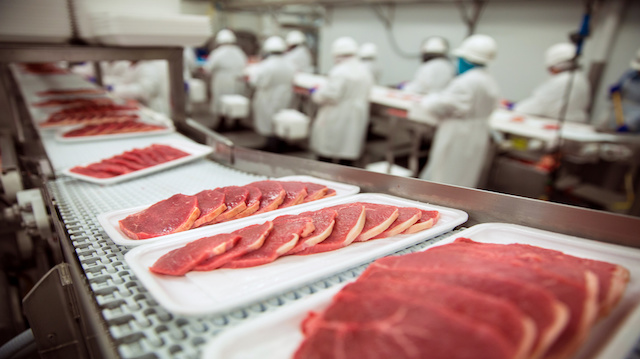 “This doesn’t even begin to count the millions of tons of manure at factory farms. The total pollution discharge, which is much larger than these self-reported direct discharge figures, do not get reported to EPA.”

Much of the pollution released by Tyson Foods, according to the report, consists of nitrates. Not only can nitrates in waterways lead to algae blooms that destroy fish populations, they are also linked to raising diabetes risk and “blue baby syndrome,” a condition in which infants are not able to carry sufficient amounts of oxygen in their blood.

So, what can we do about all this? The simplest answer is to boycott factory farming and the processed food industry. Water pollution, mistreatment of animals, growth hormones, genetically modified feeds, and rampant antibiotic misuse are just a few reasons that factory farms do not deserve our dollars.

Processed foods do not deserve the plate-space that they occupy, or our hard-earned cash. Filled with additives, trans fats, and artificial everything, they do much more harm than good. Processed meats have also been linked to colorectal cancer. Yuck.

If you eat meat, choose the kind that supports animal welfare and the environment: organic, grass-fed meat from a trusted source. Your best bet is to find a local farmer that uses organic and humane practices, and is environmentally conscious. You’ll not only be purchasing a healthier, better-tasting product, you’ll also be supporting a family, instead of a corporation.

It seems that when it comes to meat, as with so many things, what’s healthier for our bodies is also healthier for the environment.