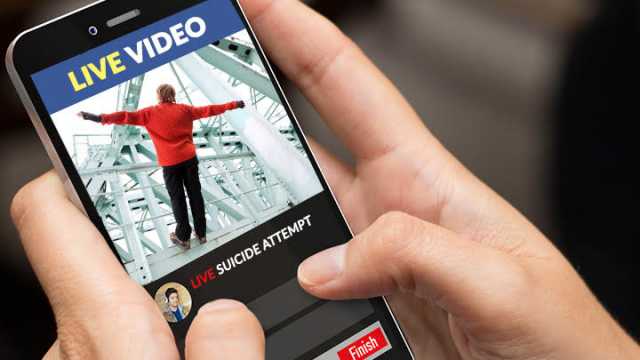 Fox News live-broadcasted video of a man on the ledge of the Verrazano-Narrows Bridge. At time of writing, the video had 1.1 million views and 23,500 shares. Comments ranged from solidarity and prayers, to judging the man and his motives, to posting links to suicide hotlines, to sharing personal stories of agony.

There was a lot of speculation, “If he hasn’t done it yet, then he won’t do it,” one person commented. Another commenter noted, “Fox news is broadcasting this because it’s news, they don’t care about the outcome.” And perhaps that commenter reached the crux of the issue: media that puts reads, likes and shares ahead of contextualized coverage of sensitive and important issues.

The video was not accompanied with any back story. Fox linked to the National Suicide Prevention Line, but had no content discussing the complex issue of suicide in the U.S.

There are safer, more considerate ways to cover suicide in the media. In 2011, the Substance Abuse and Mental Health Services Administration released new recommendations for the media on this, arguing that “safe media reporting” is a key factor in preventing suicides.The recommendations are based on more than 50 research studies and were developed by a group of suicide prevention experts.

The risk of additional suicides increases when a story “explicitly describes the suicide method, uses dramatic/graphic headlines or images, and repeated/extensive coverage sensationalizes or glamorizes a death,” the recommendations state.

The live broadcasting of a traumatized man’s indecision on a bridge would no doubt fall into such sensationalism. On the other hand, covering suicide with care has the potential to challenge misconceptions around the issue and those contemplating suicide. It can also correct myths.Rather than covering suicide as an event, the way crime is covered, it should be covered as a public health issue, Reporting on Suicide recommends.

Broadcasting suicides live on social media can be stigmatizing, a study on the issue looking particularly at China, found. Many people saw the posts (which often come directly from the person attempting or committing suicide) as “attention seeking,” and lacked a deeper understanding of the psychology behind both people who feel the need to commit suicide, and those who feel the need to talk about it or broadcast that publicly.

The paper concluded that, in China, there was a need for “stigma reduction campaigns” so that Chinese social media users could improve their attitudes towards those broadcasting their own suicides.

Ultimately, the key is context: whether Fox news or the person aiming to commit suicide are behind the broadcast, without context and useful, sensitive information, viewers are likely to reach quick and misguided conclusions.