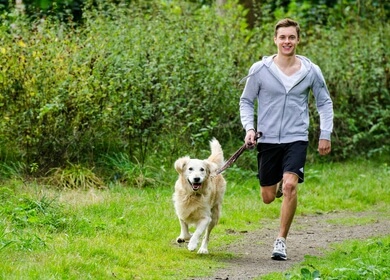 Dogs are known as man’s best friend, and for good reason. Many of us are passionate about our pets and according to The Humane Society of the U.S., 39 percent of households in our nation own at least one dog. Just one of the reasons we care so much for our furry friend is because they give us unconditional love.

No matter how bad our day was and how bitter or angry we feel, our dog provides constant companionship while asking for very little in return. But they offer a lot more than fetching your morning paper or greeting you after a long day’s work.

Dogs are well-known for being a huge help to people with disabilities. They can be trained to see for the blind, hear for the deaf and even move for the immobilized.

Dogs may have an even greater role in our lives than once thought. In recent years, studies conducted across the globe have discovered that they can have a significant positive effect on our health. A study from Japan found that dog owners made 30 percent fewer visits to their doctor as compared to those who didn’t.

In Australia, researchers found that those who owned dogs had lower cholesterol, reduced blood pressure levels and a decreased risk for heart attacks. Many experts feel that this is at least in part due to the reduced stress levels that come from owning a pet.

Just a few of the other ways a dog can enhance your health and the health of your family include:

Increasing physical activity. It’s important for the dog’s health to go on regular walks, which in turn encourages both children and adults to become more active. Various studies have shown that those with dogs walk an average of almost twice as much as those without. 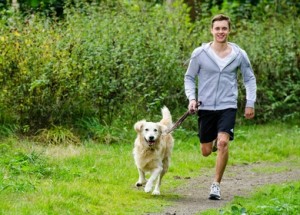 Decreasing loneliness and depression. Dogs can be important companions for anyone, but for the elderly or others who may be separated from family or friends, they can be essential. Researchers in Australia found that dogs greatly improved the well-being of residents in care facilities.

Relieving anxiety. People with all forms of anxiety can be helped by having a dog. They can act as an important coping mechanism, especially during times of crisis. Animal therapy has been shown to significantly reduce anxiety levels over conventional therapy sessions.

If you have a dog, give it a hug for all it does – and if you don’t, perhaps it’s time to start thinking about adding another member to your family.